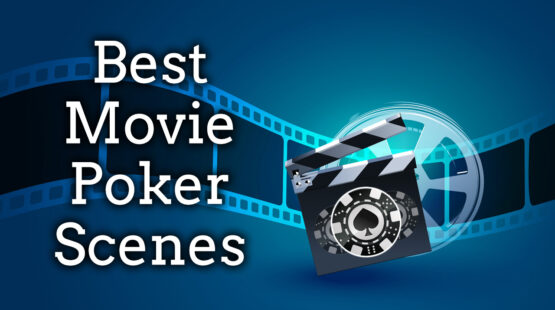 Hollywood has a way of dramatizing everything we do in life. The best actors can make the most mundane things seem exciting. Clever camera angles play on our perspective, and the perfect music has a way of riling our emotions. It becomes an all-engaging experience.

We want to take a look at the 6 most dramatic poker hands played in scenes from movies over the decades. Not only will we explore the premise of each film but show you a short clip of every scene we discuss. See if the filmmakers have managed to do poker justice in each instance – We certainly think they have nailed these poker movies! 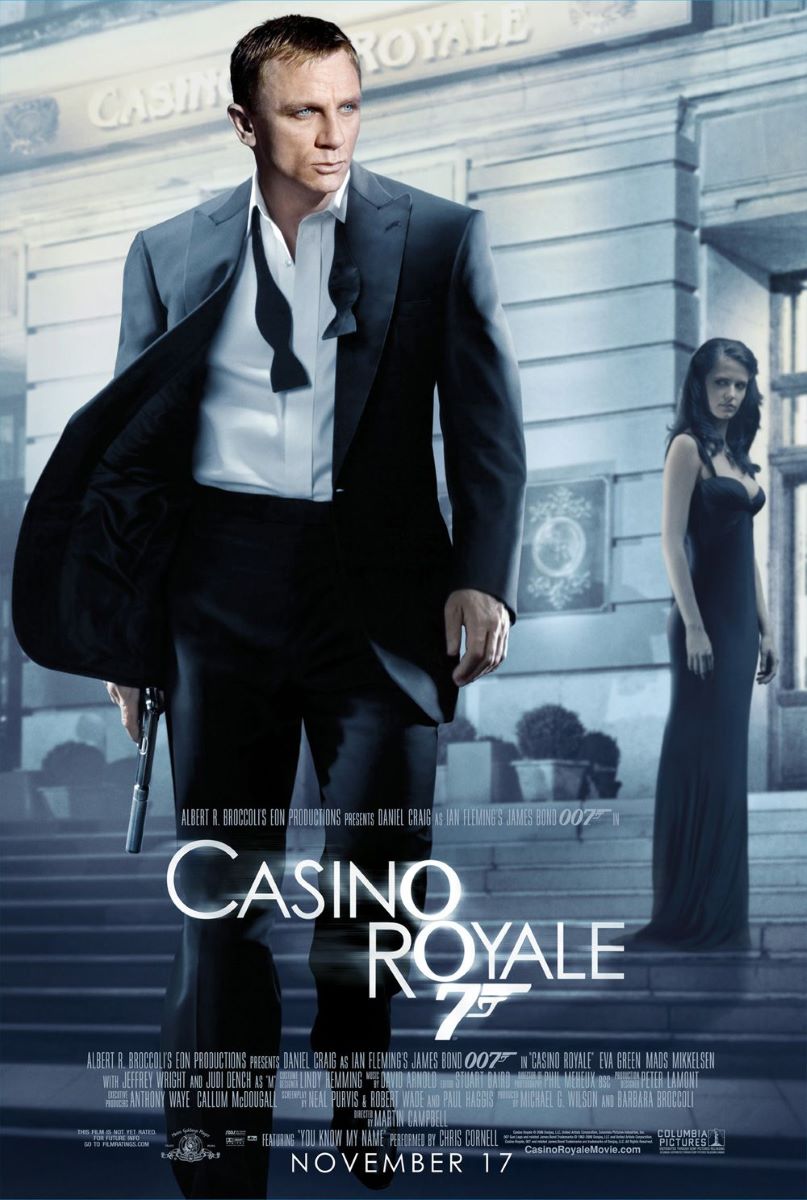 While James Bond 007 is more well-known for his death-defying stunts and super-agent skills, this charismatic character puts his people-reading skills to work to help him win millions of dollars in a high-stakes poker game.

The original Casino Royale novel depicted 007 as a savvy baccarat player. However, the 2006 film reproduction of the storyline changes the game to Texas Holdem Poker instead. It was decided that Holdem was a far more relatable game to the average movie-going audience member in 2006. Bond enters the high roller poker game to thwart a mob banker’s chances of winning money to fund terrorism.

The tournament finale comes down to four players. Each player goes all-in to put the pot at a whopping $115 million in total. Player one lands an Ace-high flush on spades. Player two one-ups his opponent with a full house with eights full of aces. It now comes down to the banker and Bond. The former lands a higher full house with Aces full of sixes, while Bond’s 5 and 7 of spades give him the highest hand at the table with a straight flush.

See the action unfold in a clip of the scene below.

Rounders is probably one of the most famous gambling movies of the past few decades. A young Matt Damon and Edward Norton take the leads, along with the infamous John Malkovich in the villain role. Mike (Damon) aspires to play in the World Series of Poker. However, before he gets there, his overconfidence overtakes him when he decides to take on the Russian card shark and Mobster, Teddy KGB (Malkovich). Unfortunately, he loses his entire $30K bankroll in a single poker hand. As a result, he steps away from poker to concentrate on law school.

Unfortunately, Mike is soon forced to enter the world of underground poker again to save his name, after a friend (played by Norton) tabs out a bankroll in his name and then loses it all. In a bid to pay off his debts, the movie comes to the tilting point. Mike is pitted against his former Russian nemesis in a bid to finally break free of his debt.

The harrowing final poker scene of the movie is filled with suspense as Mike finally catches onto Teddy KGB’s tells and unnerves him to take the win. Enjoy the gameplay in the clip that follows for the full story. 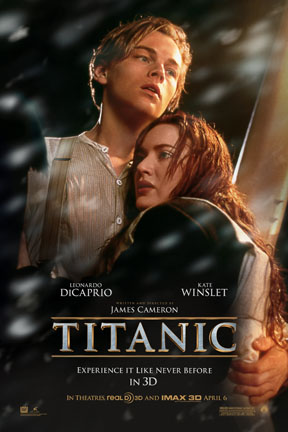 Perhaps one of the greatest love stories ever brought to the big screen, Titanic is based upon the true-life events surrounding the maiden voyage of the huge ship of the same name. It is famous for its catastrophic collision with an iceberg that sank the vessel in the icy waters of the North Atlantic on the 15th of April 1912. The event killed over 1,500 people. The storyline focuses on a love affair between two fictionalized characters, Jack and Rose; two people from two very different social classes.

We are introduced to Jack in one of the opening scenes, sitting around a poker table. It was his full house poker hand that won him and his friend, Maurizio, a trip on the Titanic, which was bound for America. Depending on how you view the movie, his fortunes may not have been so lucky, given the fateful morning of the ship’s sinking. However, he did find true love aboard that vessel. Here’s the scene that starts off the American’s adventures upon the biggest ship to have sailed the seas at that time: 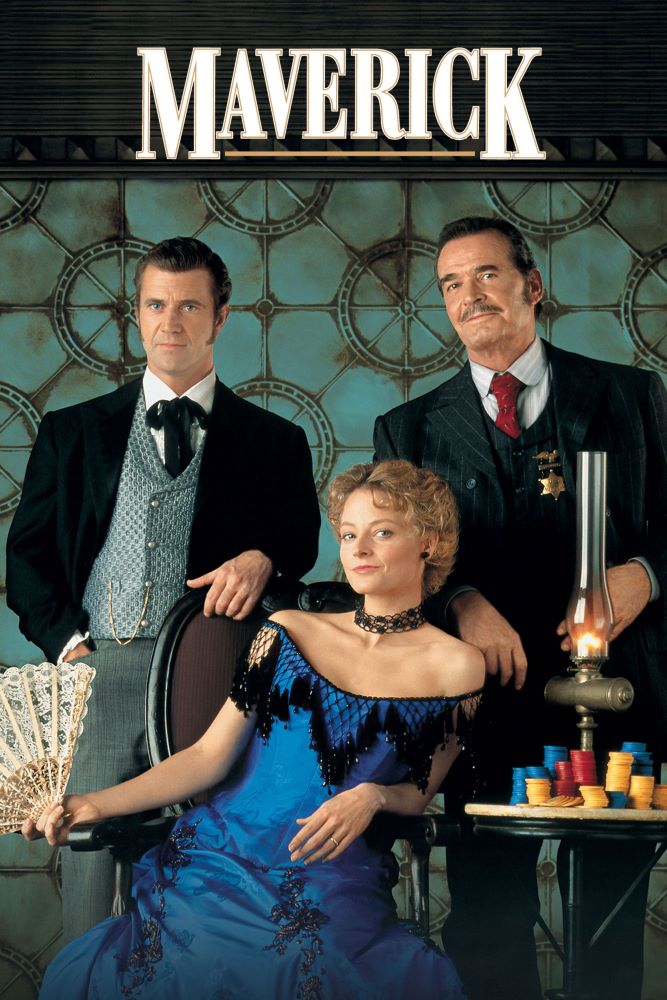 Maverick is a movie starring Mel Gibson and Jodi Foster. The plot of the movie sees Bret Maverick (Gibson) work his way through the old west playing poker from saloon to saloon to raise enough cash to afford the buy-in to play at a high-stakes tournament that will be hosted on a Steamboat called the Lauren Belle.

Well, he finally makes it to the tourney and works his way to the last three seats at the final table. In a cheeky last-ditch effort, Maverick wins the final hand on a Royal Flush – the highest hand in 5 card poker. It’s not only a surprise to everyone at the table, but a shock to the player, himself, who refused to pick up his fifth card from the table until it was time for him to play down. Catch the sweat-intensive action in the clip below and check out what a bad beat really looks like in poker. 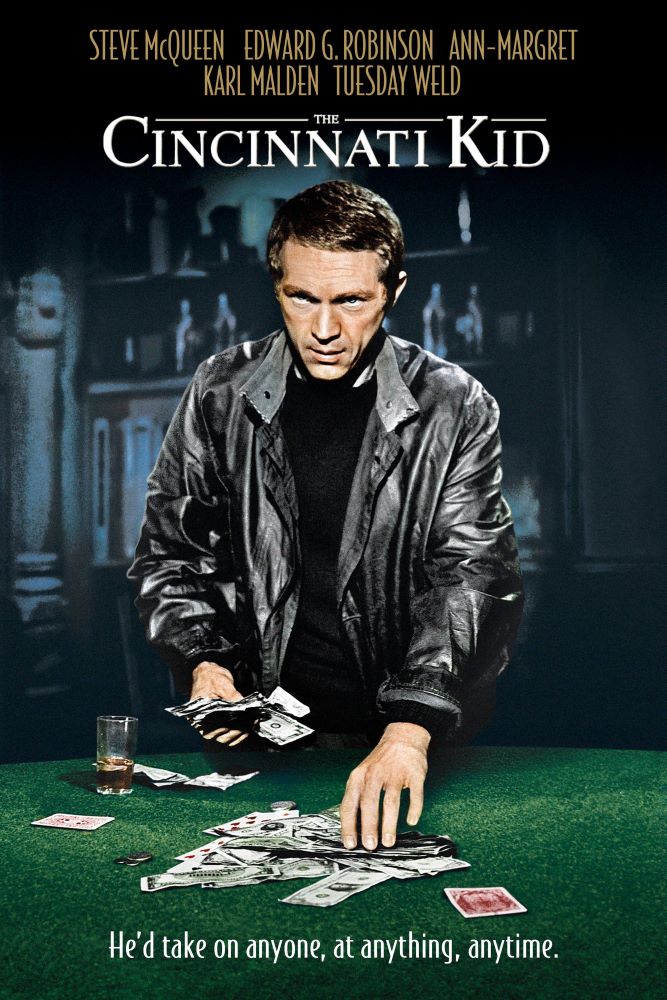 Who says the hero always wins? The ending of the Cincinnati Kid will most certainly remind you that gambling is anyone’s game if the players know what they are doing.

Steve McQueen takes on the lead role in a movie based on a gambling man that would take on anyone, at anything, and anytime. Perhaps he learns the hard way that sometimes you must choose your battles more wisely.

Though filmed as far back as 1965, you cannot get away from the fact that this is one of the best scenes filmed in a poker movie. With no chips, and only real cash on the table, watch how the last poker hand unravels and discover that not every long-shot wager is a bluff.

The last of our favorite scenes from poker movies includes a clip from a 1973 film called “The Sting”. Starring Paul Newman and Robert Redford as two conmen, this movie was hailed for several Academy Award nominations. It actually walked away with the Oscar for Best Picture that year.

We don’t want to give too much away about the result of the high-stakes poker game played in this scene, but we do want to draw your attention to the fact that:

However, this is not something that we would ever advocate doing at a casino or poker room…EVER! It could land you in a lot of hot water.

We’re sure if you looked long and hard that you could find plenty more poker movies that end with seriously surprising poker hands and adventurous gameplay. However, in our opinion, these are the strong favorites. The best thing is, there are movies here from every generation. This goes to show that poker has always had a strong presence in the film business and always will have. 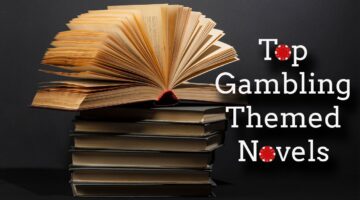 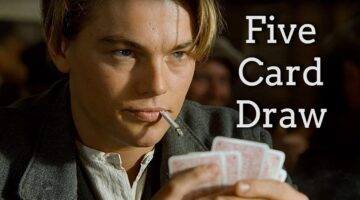