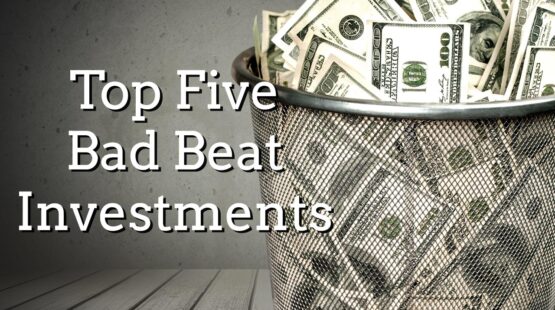 A “bad beat” is a term taken from poker, where a player with a seemingly strong hand loses anyway. In other words, it was an unexpected/unlikely loss. However, the saying has been adopted into our personal and business lives as well. There are many people who have had bad beats in life. Businesspeople have made what they think to be lucrative money-making decisions, only to have them turn sour.

Today, we’ll explore some of the worst bad beats the rich and famous have endured in their lives. It shows that no one is infallible and that everyone makes a bad call every now and then. Thankfully rich people seem to recover better than ordinary folk. As such, we’ll include 5 helpful tips for day-to-day people to live by to avoid life handing them a bad beat, financially.

5 BAD BEAT INVESTMENTS BY THE SUPER-RICH

Even the world’s shrewdest investors make mistakes that end up costing a small fortune. These icons include some of the wealthiest people on the planet. We’ll take 5 case studies and learn how people like Carl Icahn, Elon Musk, Bill Ackman, Warren Buffet, and Jeff Bezos have made bad-beat money moves in the past they’d rather forget about. 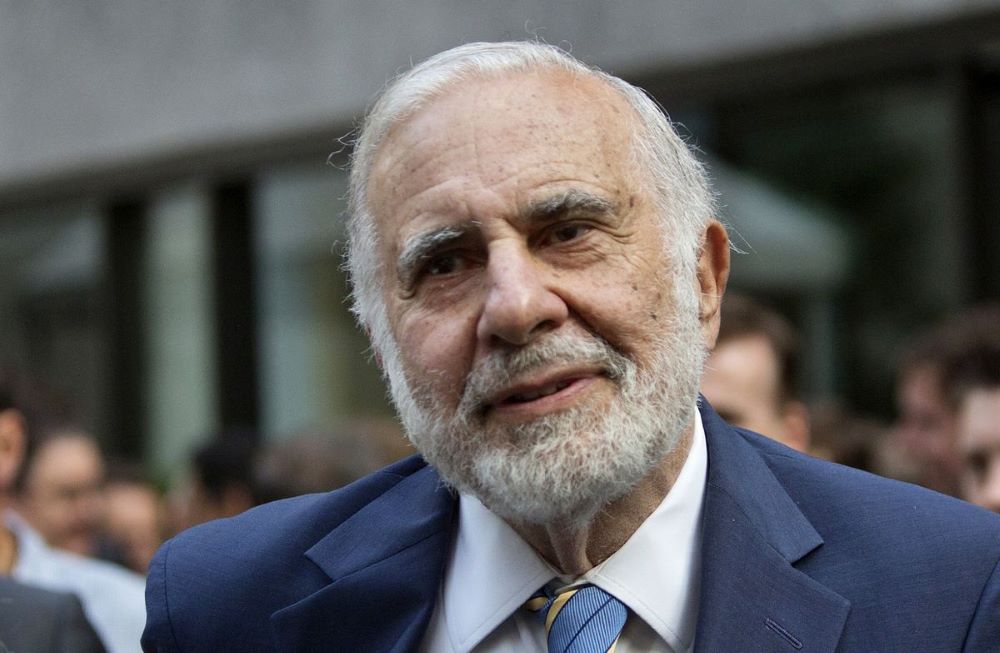 For those of you who don’t know. Blockbuster was one of the world’s largest video hire chains. It was truly an icon in the home movie market. It seemed set to dominate the global stage of its industry forever.

On the back of the brand’s popularity, Wall Street Wizard, Carl Icahn, bought some big stock in the company. Unfortunately, the home movie market changed dramatically in just a few years after that. Businesses like Netflix presented a more viable model that saw video hire stores become obsolete. As such, Blockbuster Video went bankrupt in 2010.

What seemed like a sure thing turned out to be “the worst investment I ever made”, said Icahn, who allegedly lost $200 million when the company collapsed. All this is thanks to a blindside from advancements in technology and innovation. 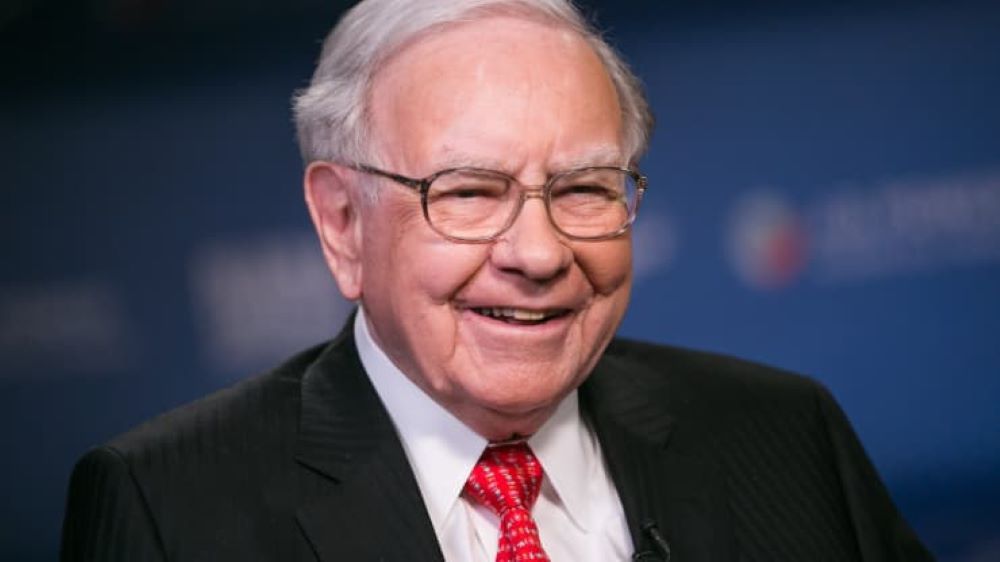 Warren Buffet is one of the ten richest people in the world, so it comes as a surprise that such a successful businessman could not see the weakness in a few of his investments. But we guess that’s how tycoons learn to avoid the bad beat in the long run and may even fold a good hand at times.

Warren Buffet purchased the Dexter Shoe Company in 1993. Believing that there was a gulf between this company and other footwear competitor brands, he invested $433 million in the purchase of the company shares with Berkshire Hathaway stock.

Well, it turns out that the company received a bad beat when it lost its market edge after a few years and became worthless, having finished $46 million in the red. It’s estimated that those Berkshire Hathaway shares would have been worth around $8.7 billion today. He openly admitted to his shareholders in 2007 that the purchase of the shoe company was the worst deal he ever did. 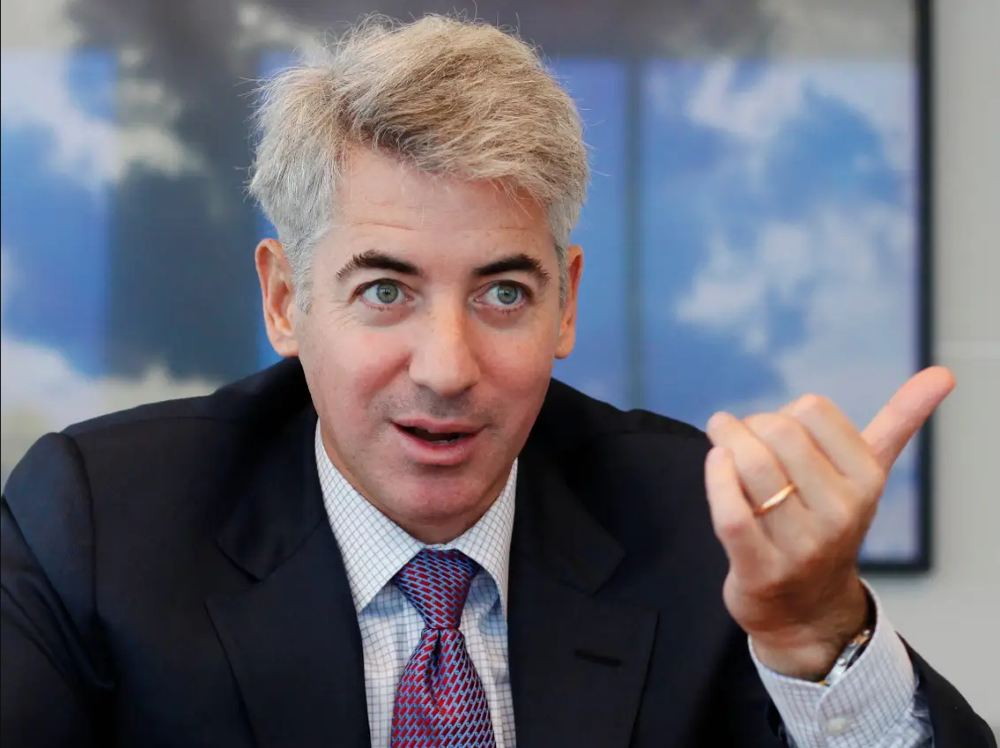 Pocket aces in the hands of a professional card shark are the best hand you could be dealt in poker. It often leads players to make ridiculous opening bets. But they’re certainly not unbeatable. Such was the confidence of Bill Ackman when he bet $1 billion that Valeant Pharmaceuticals (who make Herbalife) would eventually go bankrupt. After all, in his mind, it was just another pyramid scheme, and we know how those all end.

As a seasoned hedge fund specialist, shorting those stocks seemed like a sure money-making opportunity in 2012. Unfortunately for Mr Ackman, his hedge fund lost its money when Herbalife stock over doubled in value from $45 to $92 per share in 2018. How? Well, his long-time nemesis, Carl Icahn was just the better player this time around. He built his stake in Herbalife up to 26%, giving them the lift they needed to succeed.

Jeff Bezos and his Pet Project 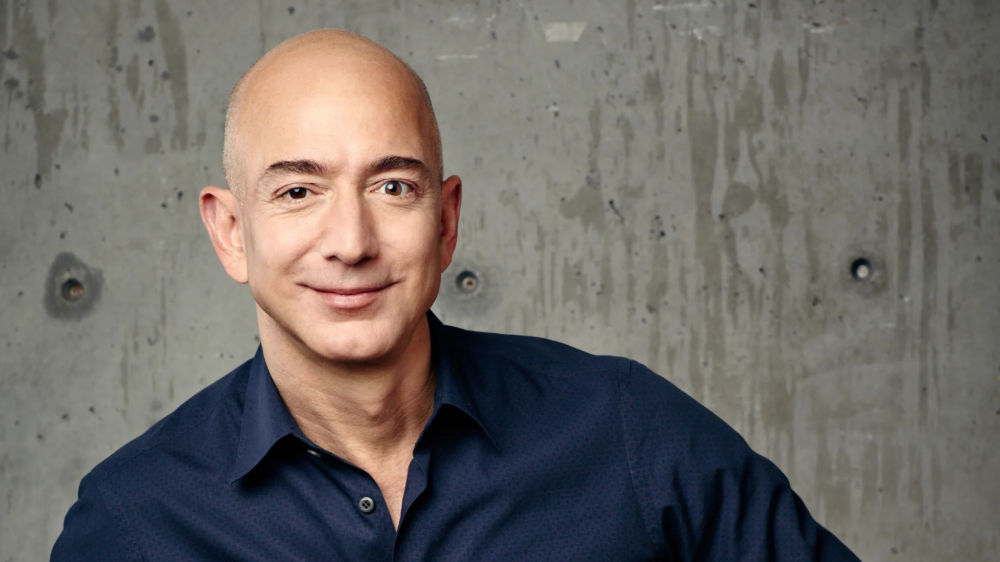 Jeff Bezos is the founder of Amazon.com and the world’s second-richest man. He boasts a net worth of around $178 billion (March 2022). Of course, you do not get to be that wealthy without hitting some bad beats along the way. One of the most noteworthy was the $50 million loss incurred through Pets.com. Bezos and Amazon were confident that the pet retailing e-store was going to become a global leader in the pet care industry.

Bezos sanctioned the funding for the online pet retailer in 1999 and by 2002 the company had gone belly up. Fortunately, Amazon is worth hundreds of billions of dollars and managed to coast through its subsidiary’s demise without stalling. However, $50 million in losses is nothing to turn your nose up at. 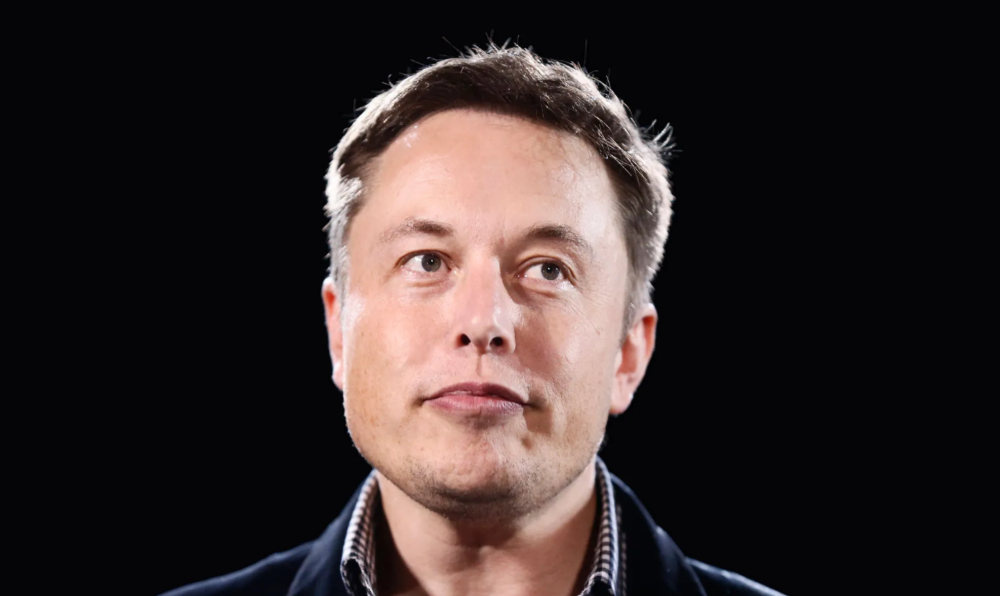 Imagine bad beating yourself in a game of poker. Impossible? In the game sure, but not in business. Tesla CEO, Elon Musk is the richest man in the world. But he made a blunder that cost his own car company a billion dollars.

After investing $1.5 billion of Tesla stocks in the digital asset with the plan to accept BTC as a trade currency, his investment in the crypto soared growing the investment to around $2.5 billion in value over a two-month period. That move and its bull trend revealed just how much power the tech genius had over the market.

Therefore, the business world is still scratching its head at some of the careless social media tweets Elon sent out condemning BTC for its heavy energy consumption while he was still invested in it. As a result, the market reacted to his opinion again. This time by dumping its assets and devaluing Bitcoin. It ended up losing Tesla around $1 billion in the process.

What Bad Decisions You Can Avoid in Everyday Life

Making decisions is an everyday part of life that can’t really be avoided unless you run and hide away. But then, even that is a decision you make. There is no magic formula for how to get rid of bad luck, just a few tips you can learn and embrace so that you can start making better choices.

While you may not be losing millions, like the tycoons we’ve mentioned in the list above, a bad beat is relative to your income and earnings. Warren Buffets $1 billion losses could equate to the same as your $2,000 to $10,000 loss in real terms.

Here are five tremendous tips to keep in mind to avoid those bad-beat scenarios and to begin a lifestyle of making better money decisions.

Money is lost a dime at a time. While luxury living is something many aspire to, sometimes the budget is not geared that way (initially). A great step towards success is to avoid buying what is not necessary and use the money saved towards investing or paying off debt. Running out of money before the month is up is the simplest form of a bad beat. Spending money on frivolous things is the worst investment ever.

Get Rid of Your Credit

Paying more than something is worth is a bad investment and is tantamount to a bad beat. So why do we so readily buy essentials with credit cards and hire purchase? The interest on those costs way overvalues the items. You are losing money when you do it.

Motor vehicles are some of the worst investments you are making. You are paying interest on a depreciating asset. Just when you think you’re winning (nice car), you lose (overpay). 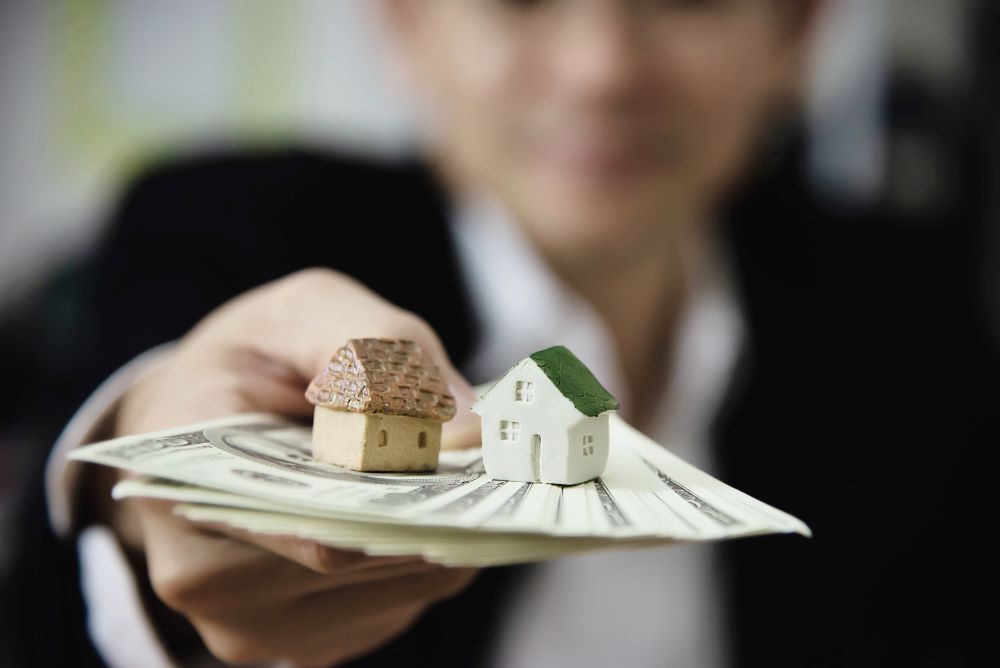 Each time you take a loan out on the equity of your home you are giving more of your asset away. Even though you begin to pay it back and recoup ownership, you are doing so at a far higher price. You can end up losing thousands of dollars in the process. That sounds like the worst idea ever when put in such simple terms, doesn’t it? What could have been an appreciating asset and a win for your wallet can slowly turn into a bad beat venture, cause just when you think you are winning, you lose. 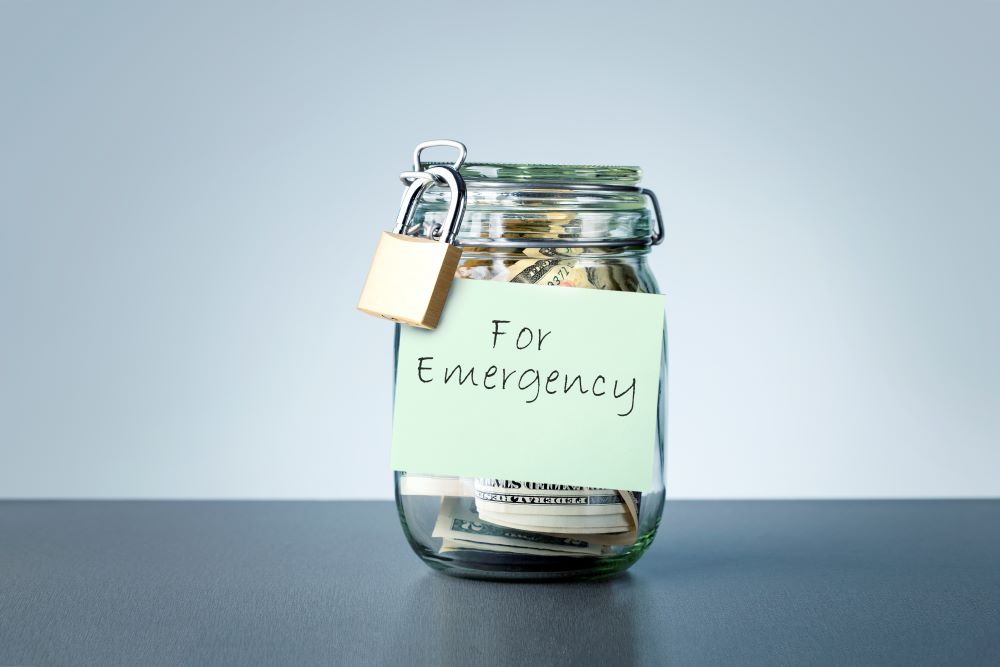 Living from paycheque to paycheque is fine until disaster strikes. It also places tremendous stress on individuals to make sure that every cent is accounted for. A good financial planner will tell you to save and secure three months’ worth of expenses in case an economic disaster occurs.

You may be asking how not saving can equate to the same thing as a billionaire investor’s bad beat. The similarity is in the fact that a decision has been made that will cost you dearly in the end. Just when you think you are surviving – a circumstance dents your hopes.

Invest in Many Sure Things 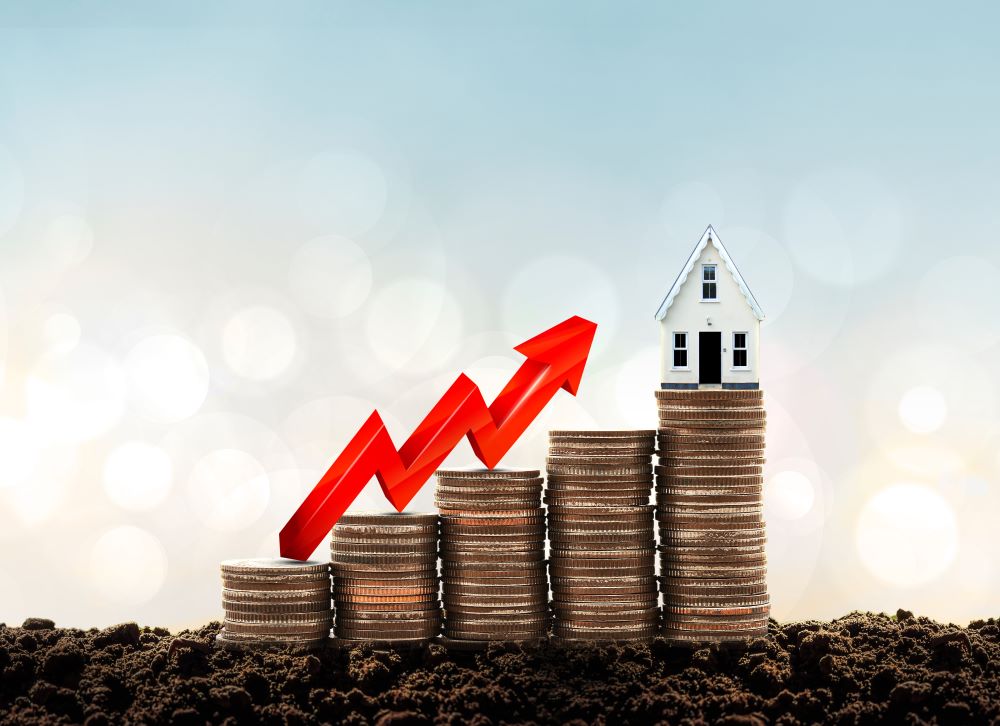 We’ve heard many stories of people investing all their money in high-risk ventures only to lose it all, or at least large sums of their wealth. To avoid a bad beat like this, we encourage you to make sure that you cover yourself with good solid investments, like a retirement annuity policy, fixed deposit account, tax-deferred accounts, and other such things. Of course, we are not saying don’t take risks. Just do not do it with your bread-and-butter money.

Success doesn’t come without taking risks. But risks should always be calculated. While professional investors tend to do their research, even they get it wrong. As such, don’t beat yourself up for getting the basic lifestyle choices wrong. Instead, don a millionaire’s mindset and start changing your approach a little. Hopefully, the losses incurred will grow less and less over the years. 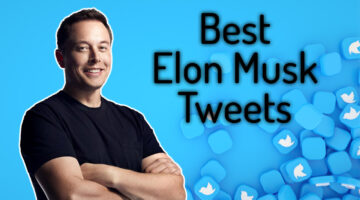