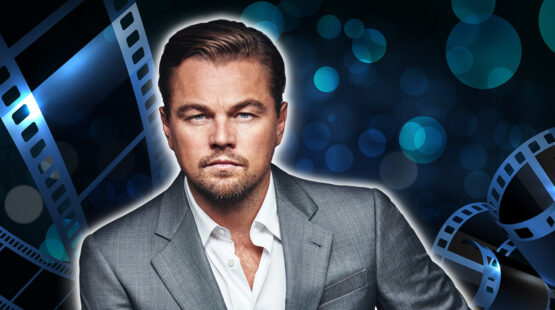 Leonardo DiCaprio is a name that most movie enthusiasts will be familiar with. His prominence in the film space began in 1991 when he debuted in the Critters 3 horror film. Since then, his career has catapulted to new heights with the Leonardo DiCaprio movie collection having churned more than $7 billion to date across the world. There are no signs of the 48-year-old actor slowing down any time soon either.

The Hollywood A-lister has been involved with mighty directors and producers, including the likes of James Cameron, Steven Spielberg, Martin Scorsese, Quentin Tarantino, Christopher Nolan, and other stalwarts of the industry.

Many of Leonardo DiCaprio’s movies have gone on to shatter the box office, eight of which have earned more than $300 million, with Titanic topping the charts at over $2 billion on its own.

James Cameron’s Titanic held the title of the highest-grossing movie in history between 1997 and 2009, until Avatar, also written and directed by Cameron, surpassed its $2.202 billion milestone by going on to earn $2.922 billion. Avengers: End Game is the only other movie to surpass its success, having earned $2.797 billion since it was released in 2019. Nevertheless, Titanic is a huge success story that grossed an amazing $28.6 million on its opening weekend. 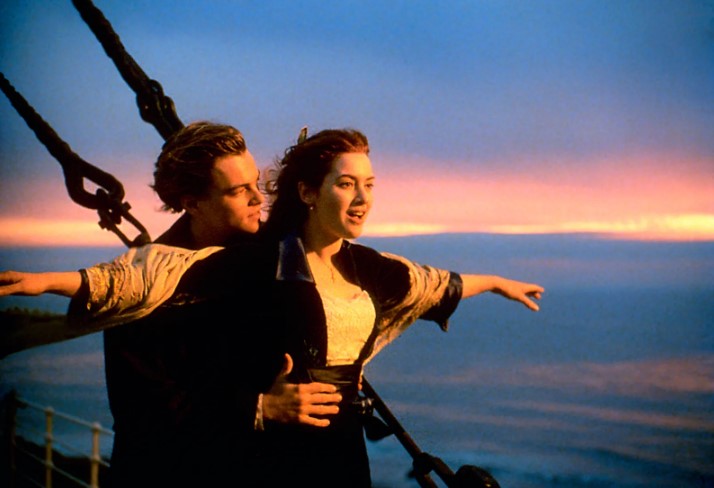 Jack (Leo DiCaprio) and Rose (Kate Winslet) on the bow of the Titanic – Credit: Paramount Pictures

Leonardo DiCaprio plays the male lead in the fictionalized film which is based on the demise of the RMS Titanic Cruise Liner which sank on the 14th of April 1912, when it hit an iceberg in the North Atlantic Ocean. The tale of love and heartbreak unfolds en route to New York City from Southampton.

Leonardo DiCaprio takes direction from Christopher Nolan in this famous sci-fi film. Things are not always as they seem as Cobbs (DiCaprio) and his team of thieves enters the dreams of others by performing the art of inception. They use this ability to steal secrets and manipulate minds. 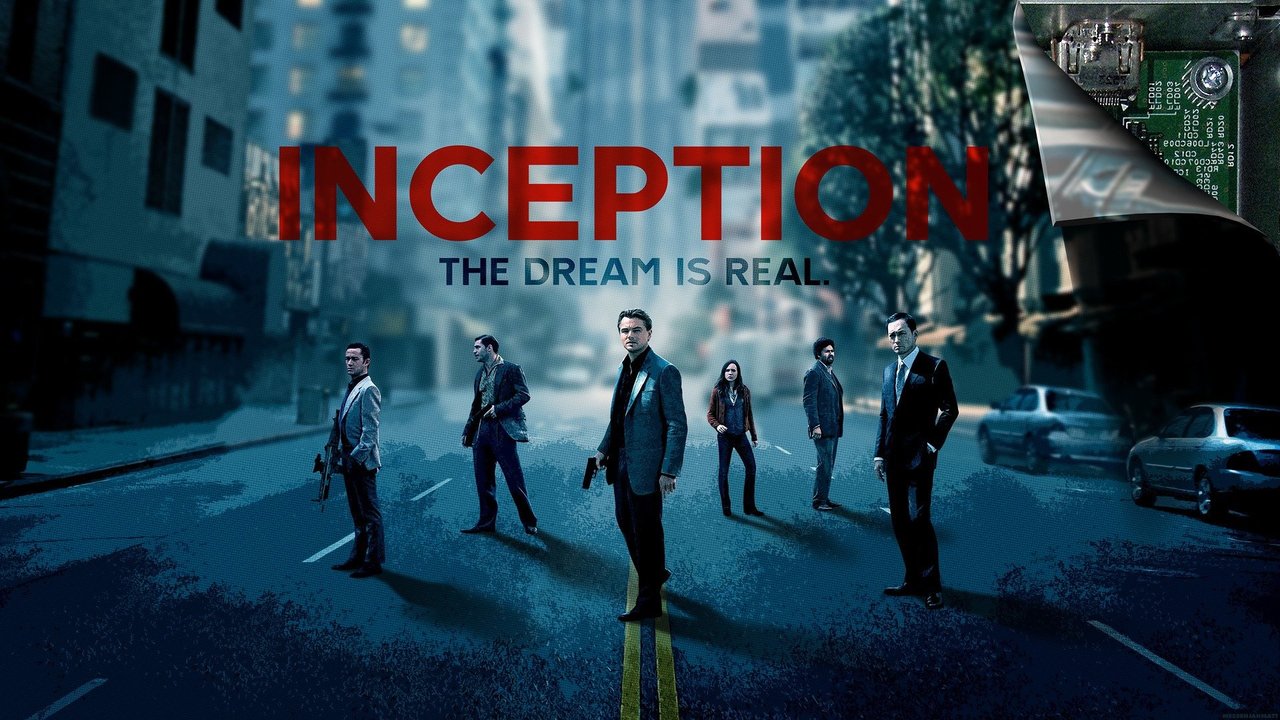 Inception was made with a budget of $160 million, of which a big chunk was made back on the opening weekend alone. This Leonardo DiCaprio movie turned over $60 million in its first two days on the big screen and has currently grossed over $836 million at the box office.

This is certainly one of the most successful Leonardo DiCaprio movies for both the actor and the production, overall. After a lengthy wait, DiCaprio finally clinched his first Oscar for Best Leading Actor at the 2016 Academy Awards. His role of frontiersman and explorer, Hugh Glass, has a way of extracting several different emotions during the film’s duration.

With a budget of $160 Million, the dismal opening weekend in the US brought a measly $474,560 to the table. Fortunately, the film did gain traction, grossing over $183 million in America and almost $350 million in other countries. The film has earned a whopping $533 million globally to date.

Leonardo DiCaprio came together with Quentin Tarantino for the first time in Django Unchained. In his role as Calvin Candie, Leo plays a villain slave plantation owner and managed to pull off the unsavory and repulsive character superbly.

The movie was made with a budget of around $100 million, making a third of that back on its opening weekend in the US alone. The Leonardo DiCaprio movie grossed more than $162 million in the States, with the balance of its  $425.4 Million earnings coming from the international market.

The Wolf of Wall Street retells the real-life story of Jordan Belfort, a Stockbroker who starts his own firm and defrauds rich investors out of millions of dollars. The story shows the dirty side of money, sex, drugs, and crime. 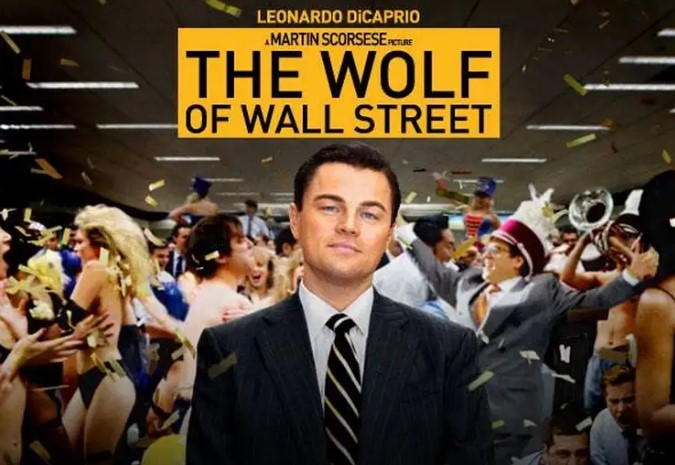 This is one of those Leonardo DiCaprio movies that will be very hard to ever forget. The pairing of Martin Scorsese in the director’s seat with DiCaprio and Jonah Hill in the leads makes for a cult classic. The US box office paid off the movie’s $100 million budget on its own with $16 million to spare. The rest of the $406.9 million came from its international box office takings.

Leonardo DiCaprio partnered up with Quentin Tarantino again for this blockbuster. His co-stars included Margot Robbie and Brad Pitt, whose inclusions in the film certainly had a role in its success. Based on the life of a movie star who is struggling to find decent work in Hollywood, Rick Dalton (DiCaprio), spends much of his time drinking with his friend and stunt double, Cliff Booth (Brad Pitt). 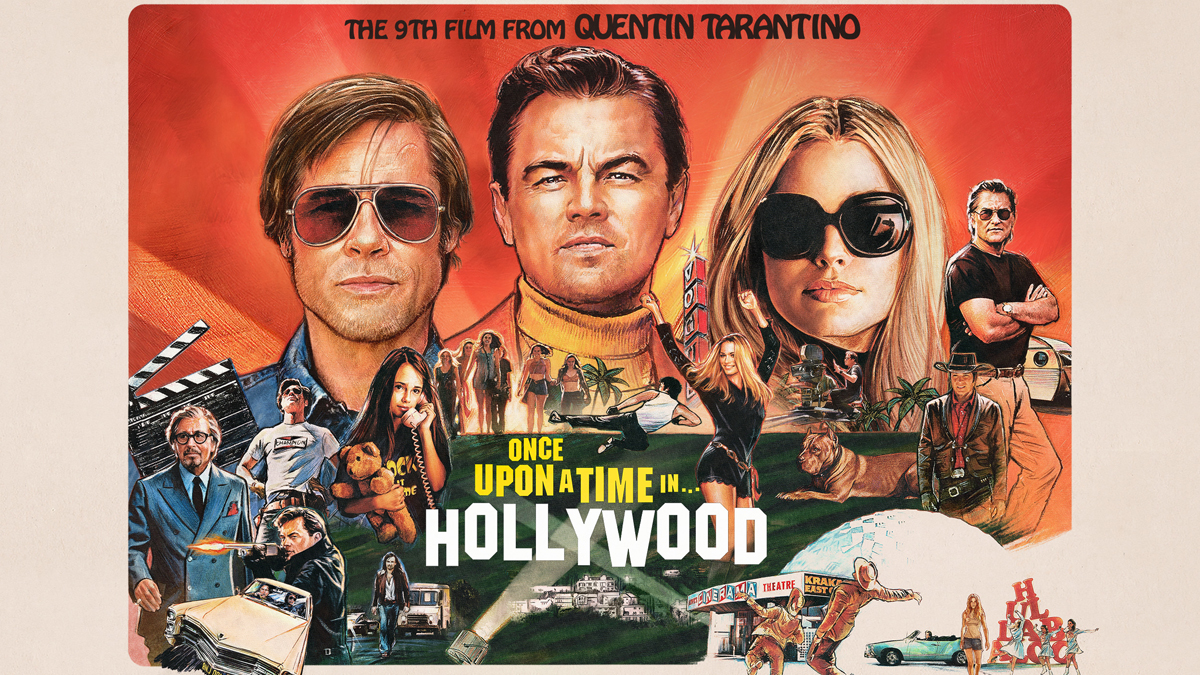 The movie did fantastically well at the box office, grossing near on $380 million worldwide. Its opening weekend in the United States alone earned over $41 million and then surpassed the $90 million cost to make the movie by over $50 million. The balance was earned overseas.

Despite impressive numbers, Rotten Tomatoes rated The Great Gatsby with a 48% Tomatometer score, and it received a 67% audience score. Opening weekend covered half the movie’s budget of $105 million, but as you can see from the header, the film way surpassed its cost of production with a gross total of $353.6 million. 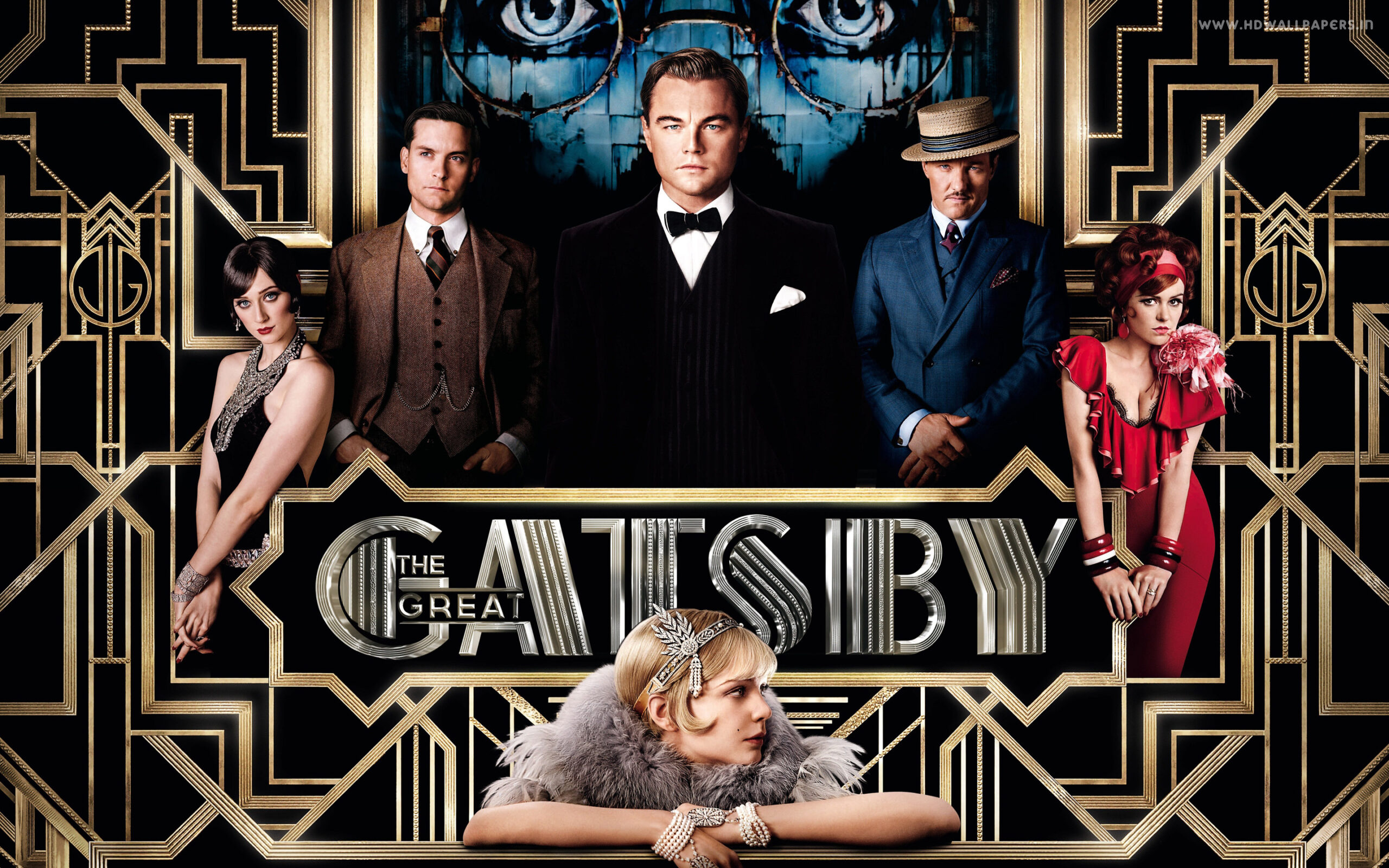 The Great Gatsby is possibly one of the lesser-known Leonardo DiCaprio movies on this list, but also has one of the more unique story themes. Based on the novel by F. Scott Fitzgerald, the Albert Team describes the storyline as follows:

“The Great Gatsby lends itself to many themes, but the primary purpose of the novel is to provide a sharp criticism of the American Dream as defined during the 1920s.”

Catch Me if You Can stars Tom Hanks and Leonardo DiCaprio. Perhaps this pairing together with Steven Spielberg’s direction is key to the success of this film. With a small, estimated budget of just $52 Million, the movie far surpassed its cost to produce, earning nearly all of it in the opening weekend alone. As one of the most iconic young Leonardo DiCaprio movies, this film went on to gross over $352 million. 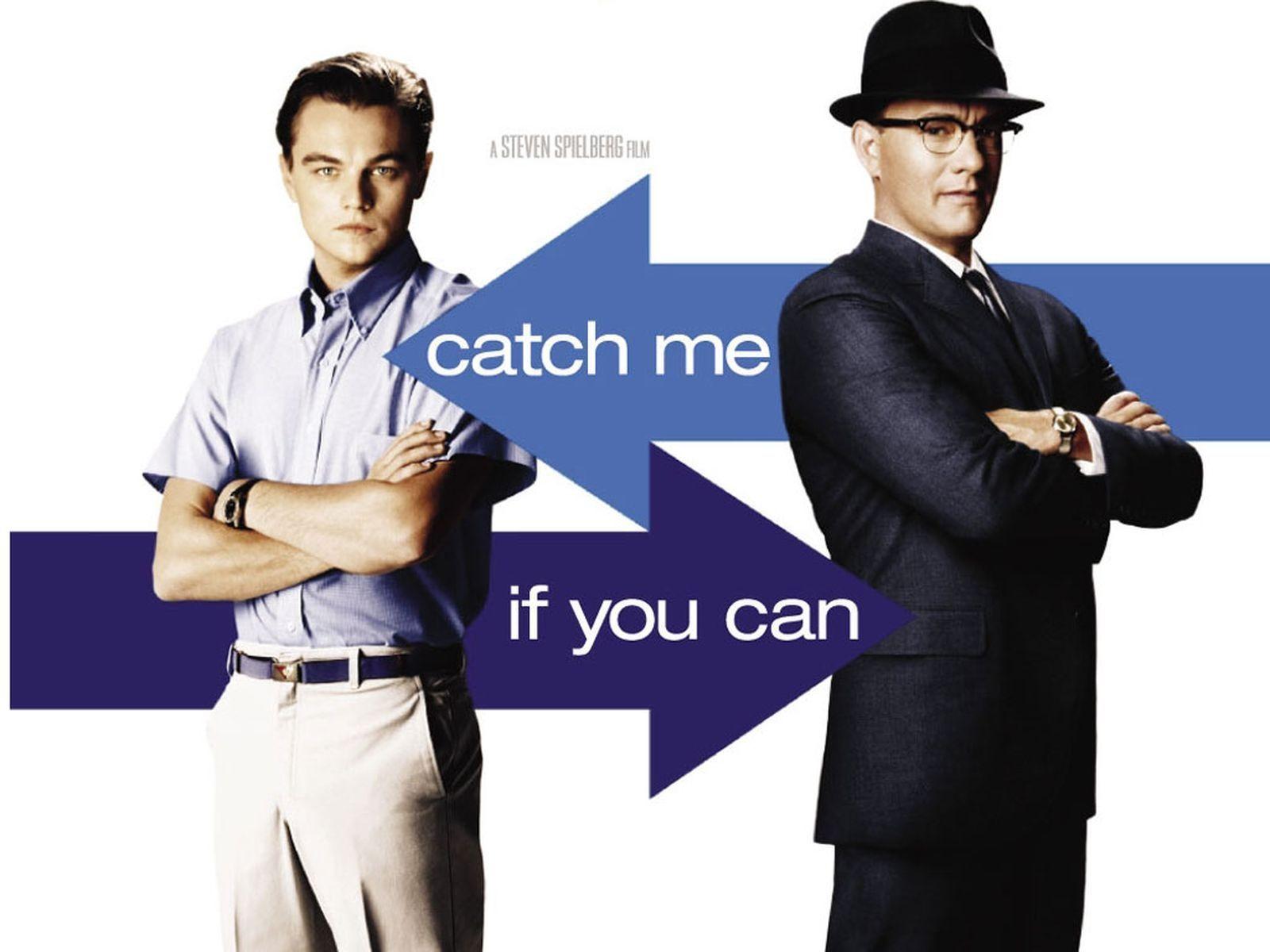 Leonardo DiCaprio and Tom Hanks star in Catch Me if You Can – Credit: Dreamworks

The film tells the real-life story of a young con artist, Frank Abagnale, who was pursued by the FBI and convicted on several counts of fraud before he turned 19.

At only 48 years of age, it’s not difficult to believe that many of the films in this Leonardo DiCaprio movie list will be replaced in due time. While Titanic will be difficult to topple, it is expected that his unreleased Scorsese film, Killers of the Flower Moon is set for great success too.