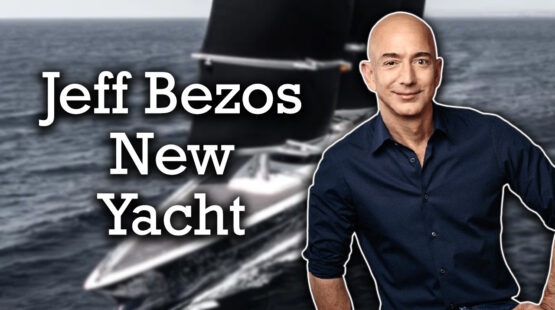 Not many people need an introduction to Jeff Bezos. As the founder and CEO of Amazon, he is the world’s most successful retail magnate, earning him a net worth that is slowly closing in on the $150 billion mark. As the third richest man on the globe, behind Elon Musk and Bernard Arnault, Bezos certainly is respected as one of the most powerful businessmen around.

While we may have tinkered with the idea of what kind of yacht Elon Musk would purchase for himself in one of our previous articles, we won’t have to wait too much longer to see what kind of vessel the world’s richest men can afford. In fact, it’s touted that Bezos’ new Oceanco acquisition will cost half a billion dollars and is set to be the longest sailboat in existence. Its mammoth size has actually posed a challenge to the boat makers, which they will need to overcome before the vessel can ever reach the sea.

It is well understood that Jeff Bezos approached the renowned Dutch maritime company, Oceanco, several years ago to undertake the construction of a 127-meter-long (417 feet) sailing boat. In 2021, a book named Amazon Unbound confirmed the rumors about the once-secret build which is set to be completed sometime in 2022. Once on the water, it will claim the prize as the largest sailing vessel, an accolade currently held by a vessel named Sea Cloud which was commissioned in 1931.

What We Know About the Vessel

The project will make the record books as the biggest private vessel ever manufactured in the Netherlands. The black-hulled craft, only known as Y721, is longer than a football pitch. So, it only begs the question… what sort of amenities would a boat the size of an expensive mansion have onboard for its travelers to enjoy? 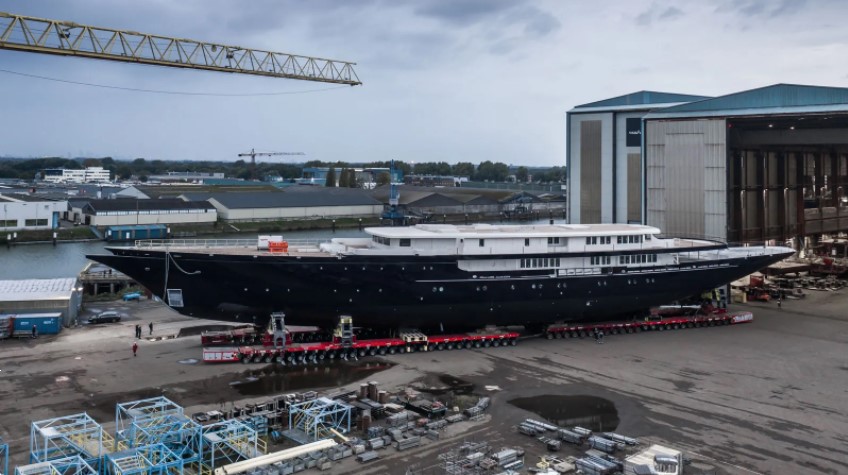 The first thing we need to mention about this floating mansion is the fact that Jeff Bezos has commissioned a secondary support vessel to be constructed alongside the main craft which is suggested to be over 70 meters in length on its own. This boat will boast a helipad and house all the maritime toys, like jet skis, paddle craft, and more.

The main vessel will incorporate all the amenities you would enjoy on a yacht over three decks. This will include a jacuzzi, bar areas, galleys, salons, seating areas, and even a swimming pool. The living area will be able to house hordes of guests and will require a crew of at least 40 seamen to operate. That would bring its running costs to around $25 – $35 million per annum on a slow year. Then we must factor in fuel. Fortunately, the vessel will meet the eco-friendly mark quite nicely.

Firstly, the vessel can harness the power of the wind using its three gigantic masts/sails and can power itself using cutting-edge propulsion engineering that harnesses kinetic energy when the yacht is a sail. This means that diesel engines may only need deployment in emergency scenarios, if at all.

Jeff Bezos’s yachts design reflects a classical style black hull with a white superstructure. It seems that the idea behind the design is to remain with a more old-school approach rather than embracing the more modern style maritime trend. 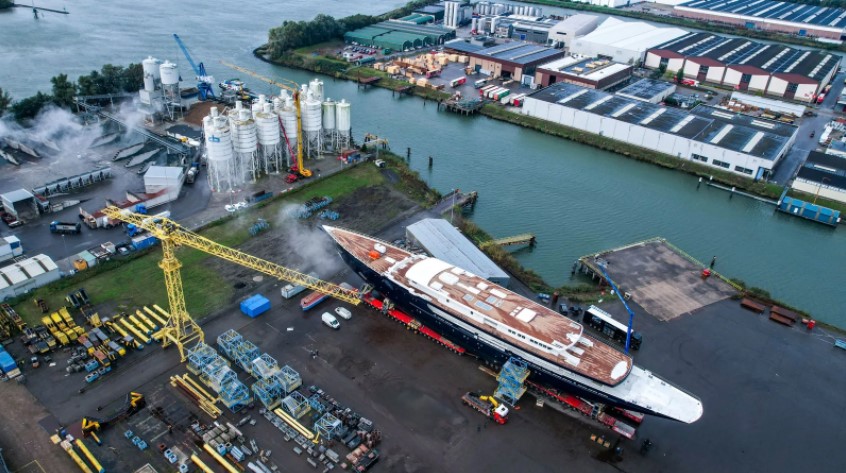 Sky view of the Y721 under construction – Credit: Guy Fleury

The sheer size of Jeff Bezos’s yacht means that the vessel could include just about anything a billionaire could wish for, including a cinema, underwater observation areas, office space, sprawling lounges, and a bowling alley. Hopefully, we’ll gain access to all these mysteries the moment the mini luxury liner hits the water.

Obstacles in the Manufacture

Without masts hoisted, the mammoth vessel is already around 40 meters (131 feet) tall. Add masts of around 70 meters to that and you have a vessel height close to 110 meters (360 feet). Now here’s the problem…

To get the vessel from where they are building it to the sea, it must pass by the historic Koningshavenbrug (also known as De Hef) port bridge in Rotterdam which only has a 40-meter clearance. See the problem? Unfortunately, it’s impractical to carry out partial construction on one side of the bridge and then finish it off on the other side. As a result, Oceanco has approached the local government with the prospect of dismantling a portion of the historic bridge and then reconstructing it after the vessel has sailed clear of it. 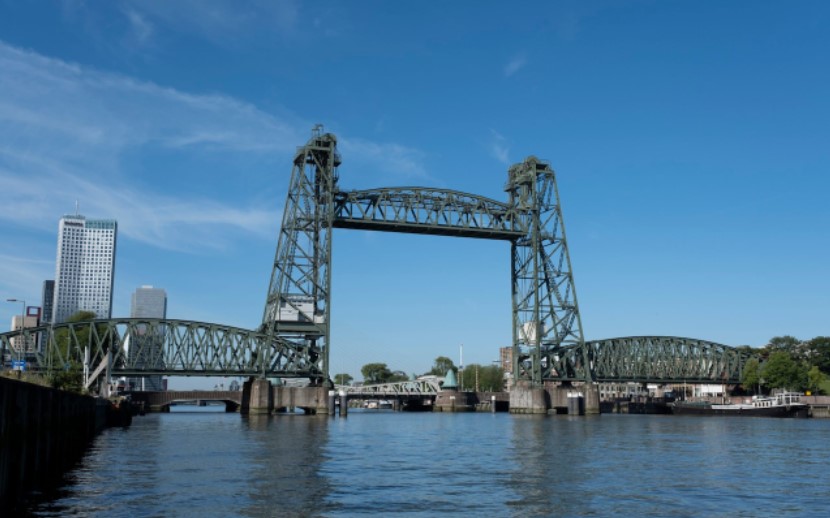 The request seems to have received the green light. The main reason for this is that this area of the Netherlands draws huge revenues from the maritime business. If they were to stand opposed to the proposal, it could severely hurt the industry near Rotterdam in the future. It makes sense to preserve a market that has grown tremendously since 2020, thanks to the COVID-19 pandemic. While officials have caved on the idea, the public seems a little less accepting of the interruption to their beloved landmark.

Now, you may be thinking, why did it take Jeff Bezos so long to order a yacht? In truth, he already owns one of the largest yachts in the world. His current ‘Flying Fox’ is a mammoth craft, boasting two helipads, a 13,000 square-foot spa, several guest cabins, a 40-foot pool, and a 328 square foot master suite that takes up the entire top deck of the yacht. 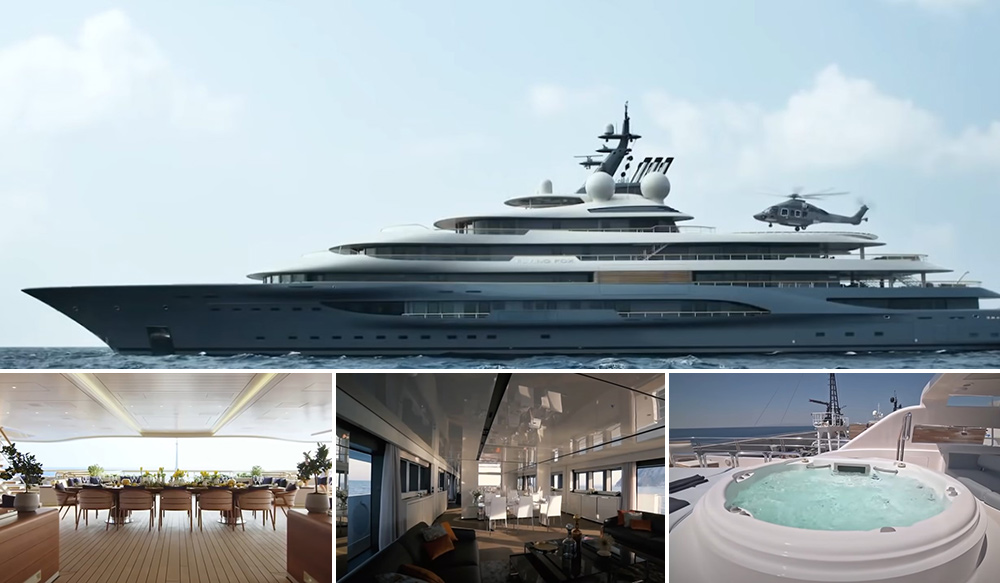 It’s hard to see how Jess Bezos’ new Y721 could come close in stature. But with the size increase, we can only believe that it will be a serious upgrade from his current boat. Keep an eye on our news board for updates on any Jeff Bezos yacht developments. 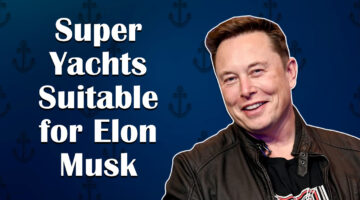