Avoiding Gold Diggers in 5 Easy Steps and Dispelling The Stereotype 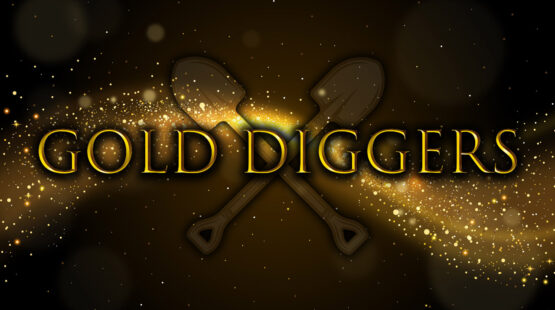 Gold diggers have received a bad rap over the years, but should they really be judged more harshly than those who flaunt their riches? We don’t think so!

We cover multiple high life, high roller, and leisure articles on our site, and the way in which the rich and famous showcase their lives is something that makes many of us dream of coming into such security. That’s what it is all about, after all… Money provides security.

You’ve probably seen the umpteen dozen YouTube videos on the web, where men trap women into showing their money-hungry side. The videos always follow the same theme…

A man approaches a beautiful woman and asks for a date only to be denied. Then he returns with an expensive sports car and makes the proposal again, only for her to accept the offer. The objective of the video is to show that some women are only interested in one thing – money! 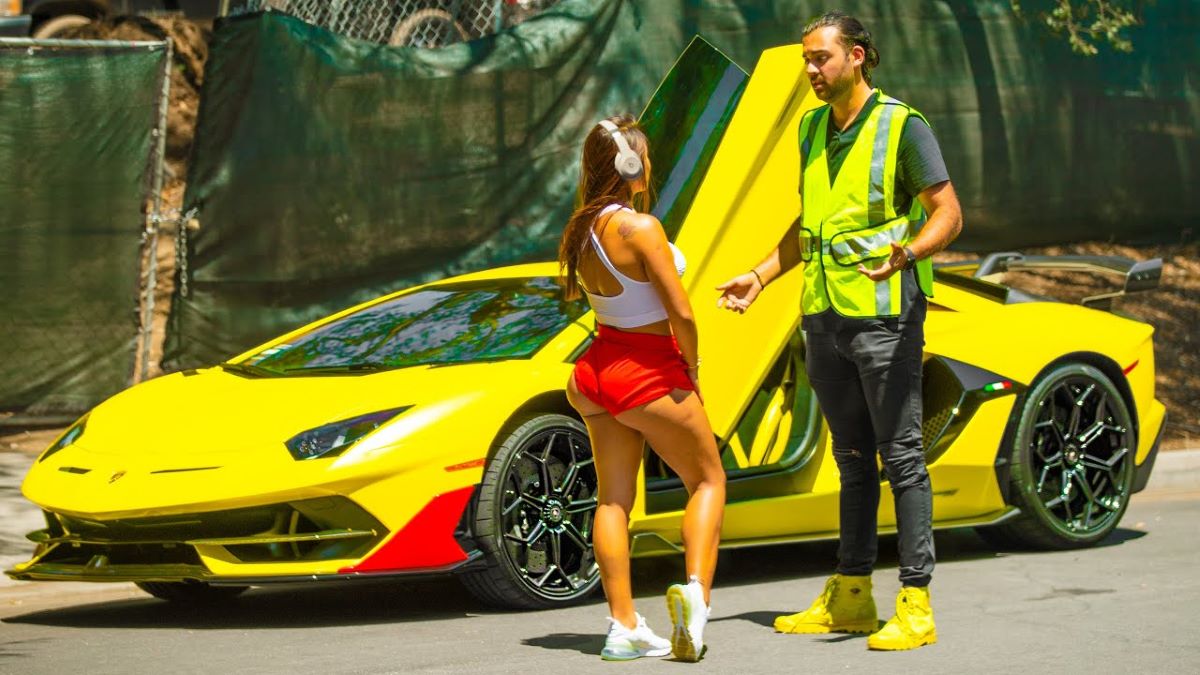 Not everything you see on YouTube is genuine. Oftentimes, those Gold Digger clips are staged to get views.

Agreeing with the broad stereotypical image of gold-digging ladies is chauvinistic. It’s a skewed depiction of the full context and picture of relationships, in general. In as much as some could point fingers at beautiful women falling for money, we could point the finger at rich men falling for a specific kind of woman. But in culture today, an old man with a young girl at his side is some sort of idolised hero, while the lady at his side is unfairly labelled as a ‘bimbo’ of some sort.

LET’S REVERSE THE EXERCISE… Get a woman to wear a pair of track pants with no make-up and approach a young man in a Ferrari. Would he be likely to take her up on the date offer? Nah! But if she wore a short dress with bulging cleavage and pretty make-up, would the odds change? Probably, yeah!

If one is labelled a “Gold Digger”, the other should equally be named a “Looks Lover”. Both traits are aesthetic. In fairness, to judge one as shallow, should really result in a verdict that both are shallow. But is the act of seeking aesthetics really shallow, or is it simply a part of our human make-up?

When meeting someone for the first time, something is bound to attract you first. A man is often attracted to beauty first and foremost, while a woman’s need for security is her priority. Neither attribute should be judged better or lesser than the next.

Problems in the Sports Worlds

Gold digging is a real thing though! Nowhere else do we see this female “gold digger” culture play out as much as in environments where male individuals earn tons of cash playing high-profile sports, like those in the NFL, MLB, NBA, Premier League, and more. That’s because many of the athletes are young and don’t have much life experience. Of course, there are people who want to be involved with famous players because it helps boosts their stock and status. After all, we live in a materialistically driven world.

So, the million-dollar question that so many famous people ask is – “who really loves me for who I am?”. As such, in some sports, the team managers and coaches send their players for relationship coaching, just to arm them with a bit of wisdom going forward.

One of the big problems is that the affluent man or woman is often way too quick to reveal their status. As a result, there is a huge demand in these sports industries for professional date coaching among the rich and famous. Many wealthy men (especially) become very insecure in their relationships and never really know whether their woman is in their lives because they love them for who they are, or because they love their wealth. Thankfully there are some great ways for rich individuals to curb this issue. It all starts with men thinking with their brains before any other part of their anatomy.

Athletes are paying thousands of dollars to learn common-sense tips for guarding their hearts and their wallets. Here are 5 helpful ways below.

1. DO NOT flaunt your wallet! 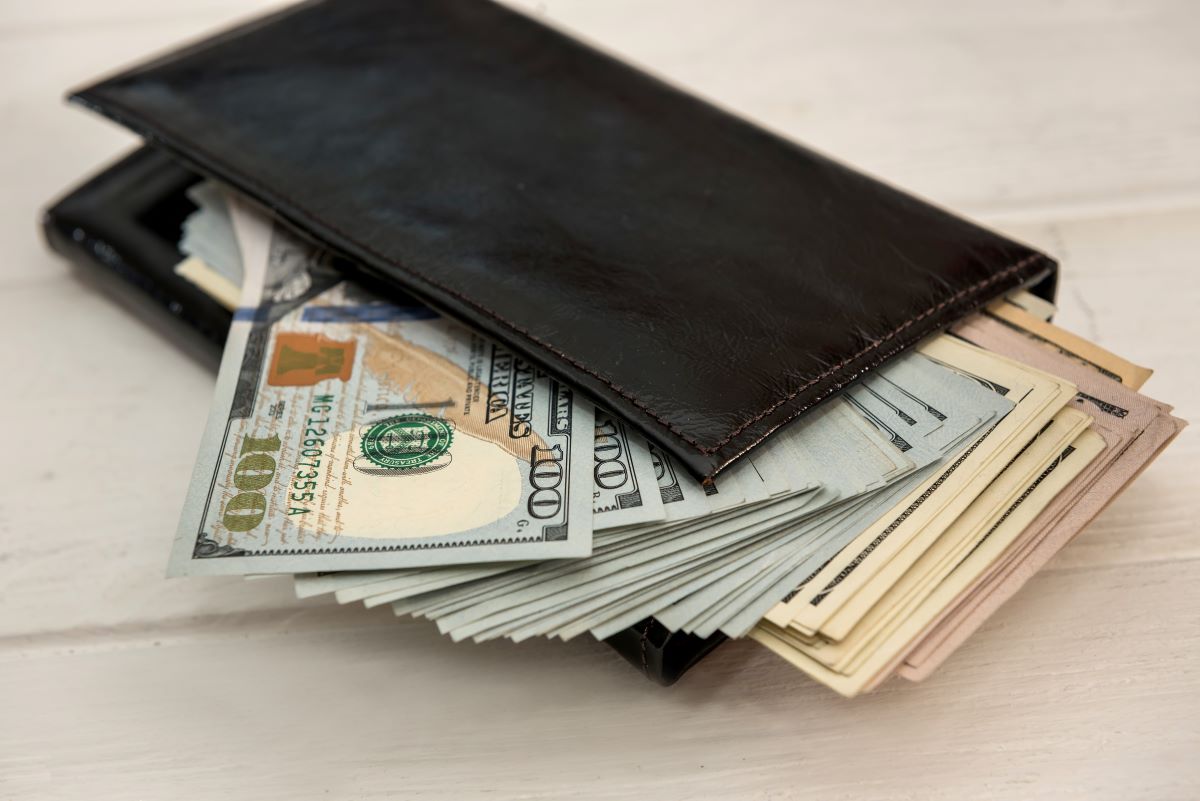 There are beautifully romantic places you can treat someone to a date without overindulging in costs. A salad bar and a coffee shop are two perfect examples of venues to meet where you can get to know one another better while keeping a low profile.

2. Be Careful Where You Pick Up Woman 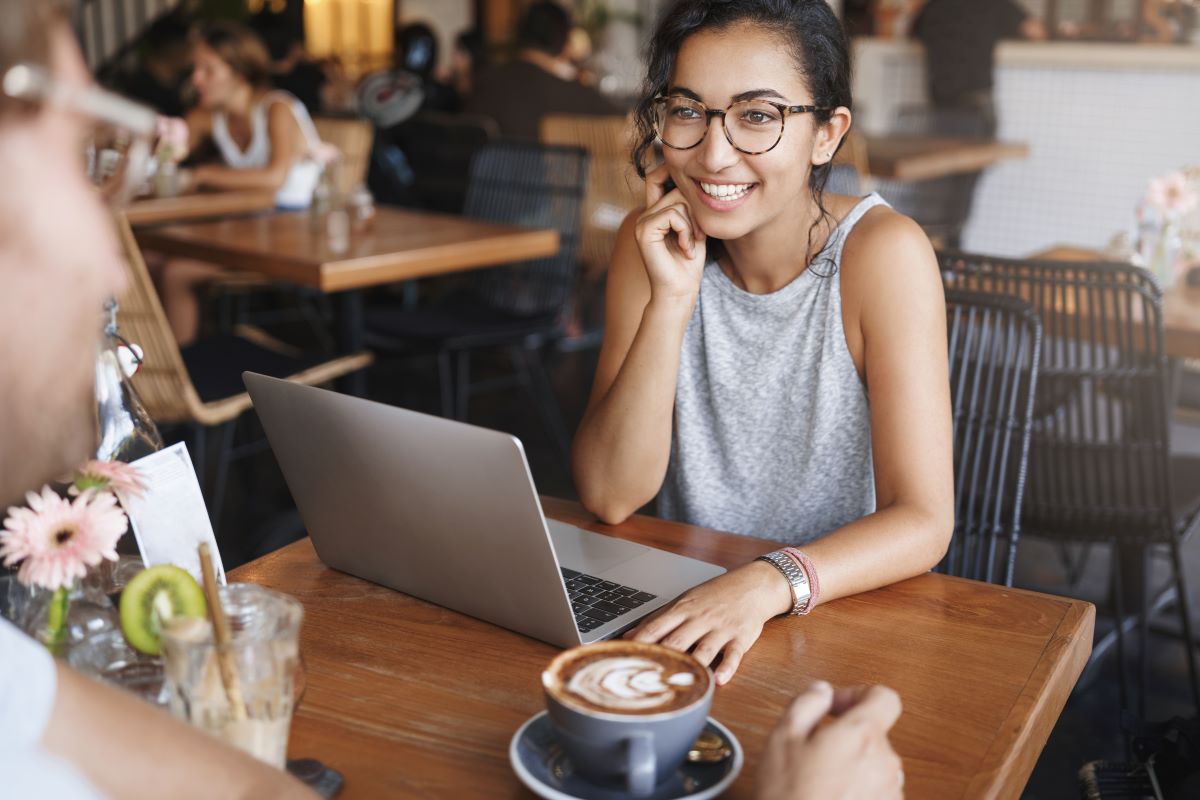 Gold diggers looking for monied individuals are likely to hang around exclusive clubs, 5-star hotel lobbies, and other high-end destinations. As such, your search for companionship should steer clear of these places. Take a walk to the park, head to the sporting complex, a coffee shop, or dive bar. Instead, many uneducated rich people do the opposite, ‘cause they are looking for a particular type of mate, too. 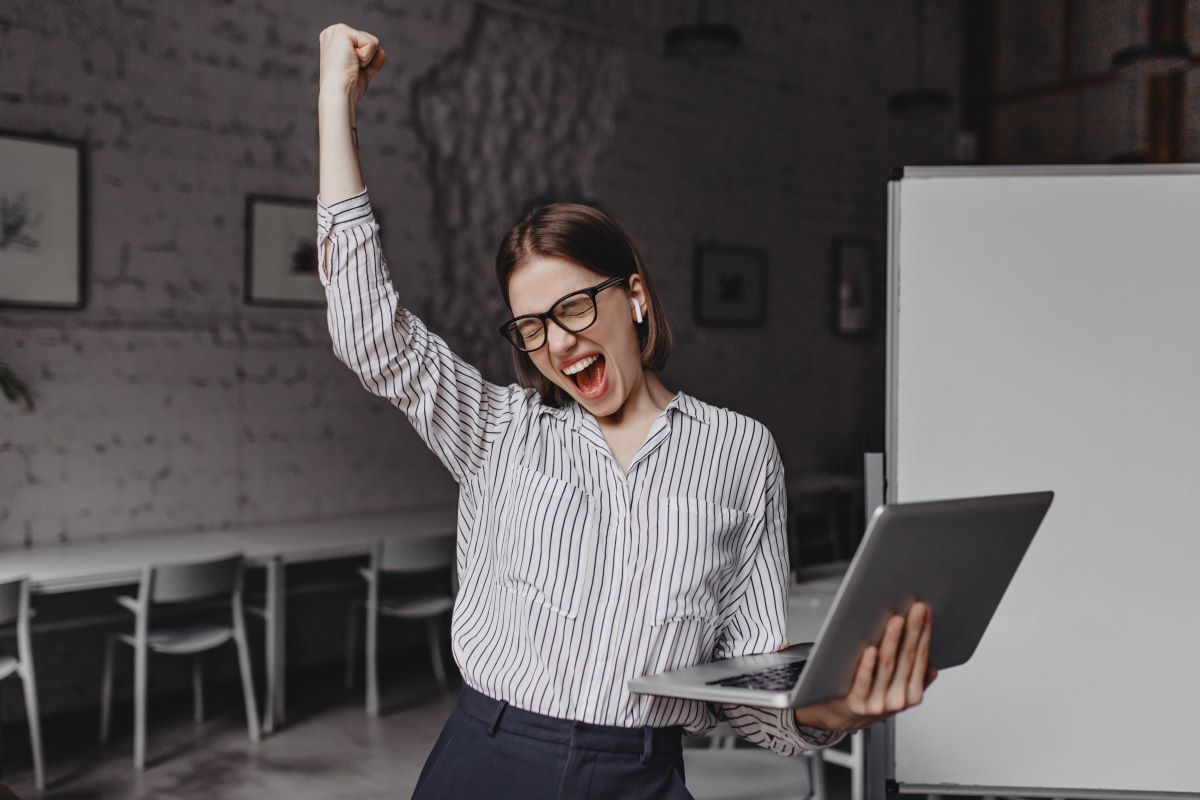 Those who have a lot of money are not prone to be drawn by the need for more. They too are probably looking for someone who admires them for who they are. Change your strategy. Do some homework on the ladies you date and make sure they have money of their own. 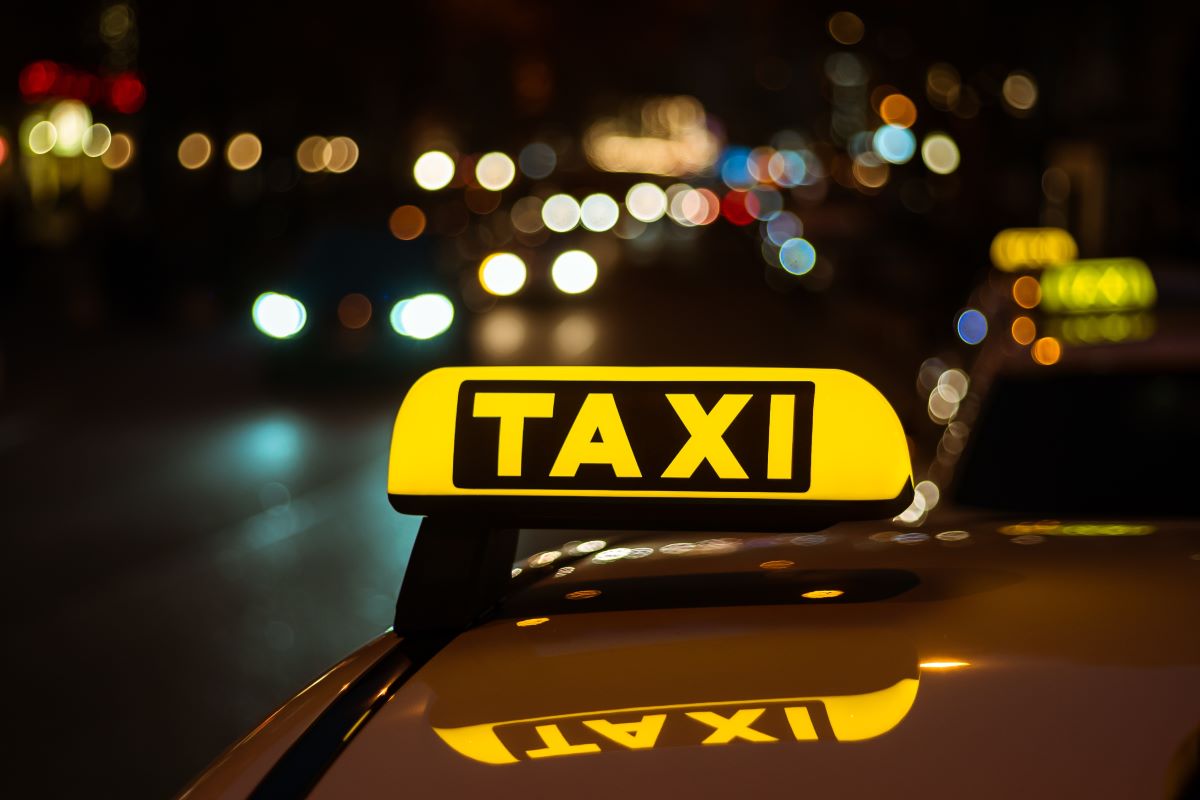 Instead of arriving in your Porsche, Mercedes, or some other expensive car, suggest that you share a cab, or use some other sort of public transport to and from your evening out. You’ll soon get to see someone’s character in these situations.

It will soon become very apparent if a woman (or man) likes you because of your personality if you can learn to keep things as low-profile as possible at the start. Of course, it will come as a nice surprise that you have money in the end, but at least you can know with certainty that it is not the reason you are together.

5. Careful When You Mention Your Work

When you are a famous TV personality, it’s a bit more difficult to hide your line of work. But perhaps heading to a country or state where you are less known is a good place to find your partner. For other professional types, like lawyers, brokers, and bankers, it is advised to play down your position at your firm and try and swing the conversation to the types of things you like doing, instead. This shifts the focus from what you do, to what kind of person you are.

In the Western world, the gold-digger mentality is a far more prevalent problem than in many Eastern countries. While some of the differences come down to upbringing and even peer pressure (to live a certain way), Eastern culture teaches very different values about life. In fact, in places where pre-arranged marriage is rife, money has nothing to do with the attraction from the woman’s side. Yet, many of these marriages work.

Of course, we are not advocating for pre-arranged marriages, but isn’t it interesting to note that one’s psychological training has a big part to play in one’s outlook on life. Just ask yourself… why is divorce so rife among westernized men and women?  Because we all want ready-made success in the people we marry, which is impossible without sacrifice.

Whichever Way You Peel It!

It’s always good to remember that men and women are wired very differently. If you dangle financial security in front of a woman, she will take it… Why? Because women, especially those who dream of a family, want to make sure that they will be able to provide the best for those kids when they grow up. And of course, ladies love pretty things. Money buys pretty things. Is this a bad thing?

But men, it’s not bad to want a pretty lady either. Just be clever about it. Don’t be show-offs. Play the slow game and put some time into finding quality personality traits. Remember that your wife’s personality will long outlive her youthfulness. 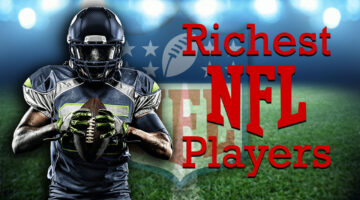