PokerStars is one of the biggest and oldest only poker sites in the world. Every professional player has played here at some point. We will have a look at PokerStars’ history, bonus, rakeback, games, schedule, MTT series & more.

There are plenty of good offers to choose from at PokerStars, especially if you sign up with PokerStars for the first time. Make sure you do not miss out on these good offers by following these instructions and using the bonus code we supply here: 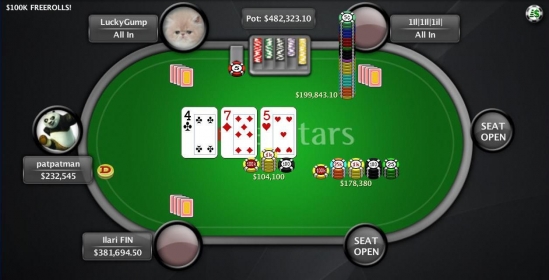 The software is amazing and is one of the best in the industry, plus you get access to all the biggest games. Biggest MTT series here and on PokerStars are massive (tens of millions), you can qualify for the biggest live tournaments like PCA. It also has very popular 3 player Spin and Go games which are very fast and can earn you up to a million dollars.

There are so much going on at PokerStars that is difficult to present it all here. PokerStars is, without a doubt, one of the largest poker sites in the world at the moment. This is thanks to a lot of reasons, and some of them you will read about in this review. But we still want to try and sum up some of the highlights with PokerStars here, but bare in mind that these are just a fraction of everything you can enjoy at PokerStars.

PokerStars has awesome Spin and Go games which give you a chance to win millions by playing very quick 3 player tournaments. Simply enter and see what multiplayer you got. Besides a classic 3 minute and 500 chip format, PokerStars also has Spin and Go formats such as Spin and Go Max & Spin and Go Flash.

The deal is a game based on luck, but here you don’t spend money, only StarsCoins which are given as a loyalty cashback in Stars VIP Chests.  You selected two cards from several facedown ones and make a poker hand. If you get a Royal Flush then you get to spin a Jackpot Wheel. If the wheel stops on Jackpot, you win a half of it while the other half goes to players to played it recently. 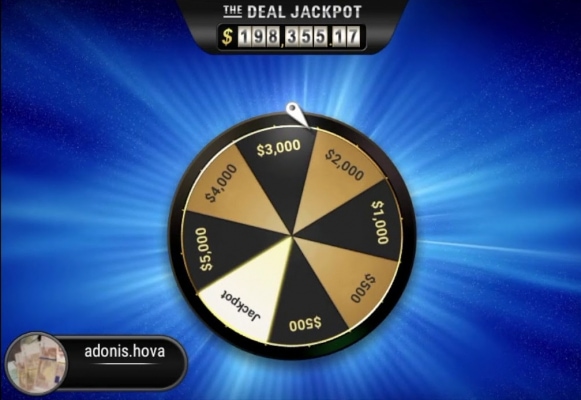 PokerStars Live: Tournaments around the world

PokerStars runs various tours and championships around the world, you can qualify online by winning an entry or a special package with travel expenses. They are loved by players around the world and their main events have huge prize pools.

PokerStars offers a variety of weekly tournaments and for a new player at PokerStars it can be a hard to keep track of all the different tournaments available. This wide selection of poker tournaments makes PokerStars an ‘okay’ place to play poker for most players. These are the biggest tournaments which you can find every week.

Pokerstars poker site has some of the best online poker tournament series in the world and very few brands can compete with them.

Unless the series is targeting low limit players, they usually have tens of millions in prize pools including Main Events with live-changing prizes for the winners.

There have been some really big poker tournament winners during the years at PokerStars. All these winners only represent a small part of the lucky winners who have won massive prizes and money by playing at PokerStars online tournaments.

If you will like casino games such as online slot machines, live Blackjack, Roulette, Monopoly Live or any other game then you have to check this out. Since PokerStars started as a poker site and not a casino, they offer interesting promotions and cashback. They have a huge amount of games and quite a few are their own ones, meaning you will not find them elsewhere. 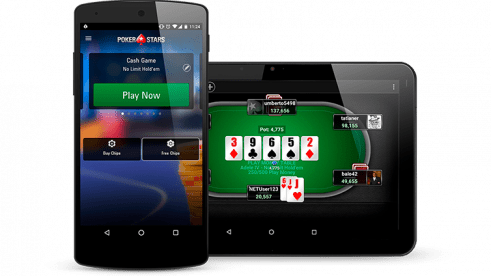 PokerStars has one of the best Igaming mobile apps in the world. It is perfect for poker, casino and sports betting. It is very easy to use, there is no lag so you will not feel that you are missing out if you will decide to choose a mobile version. The graphics are are outstanding so it is way ahead most of the gambling apps in the market. It works well with all Android and IOS (Apple) smartphones.

PokerStars Zoom is an online poker format where you switch to a different table every hand (once at the final table – switching stops). It is used for various poker format but mainly for Texas Hold’em and Pot Limit Omaha.  Most major poker sites offer this poker format and it has different names such as: Zoom, Fast Forward, Fast Fold, Rush Poker, Speed Poker & Snap Poker.

PokerStars Tempest Hold’em is a unique poker format, based on a classic Texas Hold’em version. It has antes that increase until a showdown is reached, an extra pre-flop blind, and just two options for all players: all-in or fold.

With PokerStars Boom Hand Replayer you can share your favourite moments online. With just the click of a button, you can instantly upload your unforgettable hands in video form. There are two quick ways to share a hand replay from PokerStars tables:

There was some controversy with current Stars Group (Amaya) leadership and how they treat poker players. For example, an addition of Stars Rewards has received a lot of criticism because it offers random rewards from the reward chests and not a set rakeback percentage. Your ”rakeback” value does increase because you receive better chests which have better prizes, however you never know what is in there. Some players might like this since this might bring some excitement if you are lucky to catch a bigger prize. Sometimes some additional prizes (like very expensive tickets for SCOOP/WCOOP online tournament series) are added.

So our final verdict is this, if you care about the software/traffic and cannot find a better poker room that suits your needs and if this new rakeback model is okay for you, then you should have no problems playing here. Otherwise, you will have to consider playing only some of the games here and prioritise some other poker site.