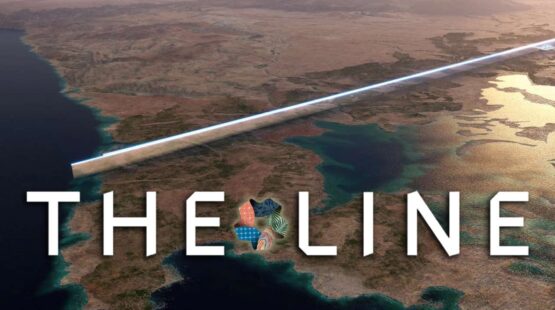 The Line is a proposed futuristic smart city being constructed in Saudi Arabia. It is part of the Neom project, first unveiled by King Mohammed Bin Salman (MBS), the head of state, in 2017. There is speculation that US studio Morphosis has designed the 170km smart city project. Official sources are yet to confirm this news. As of October 2022, construction work has begun on the mirrored, skyscraper, megacity project. However, recent reports have emerged that the project, initially timed to be completed by 2030, will take well over 50 years before it can become inhabitable.

Why is the Saudi Arabian government bent on constructing The Line; an ambitious cost and time-intensive architectural project that will potentially cost $1 Trillion? MBS has sound reasoning.

The megacity is designed to eradicate all the problems that come will urban living. Let’s take a look at what Neom The Line is promising.

The Line: The Future of Urban Living

Megacity project The Line is a $1 Trillion investment by Saudi Arabian government that aims to eradicate all urban living issues.

According to the official Neom website, The Line aims to revolutionize city living by incorporating technologies like renewable energy and artificial intelligence to tackle health and well-being issues. The megacity will house 9 million people within 34 sq km of land.

The Line project will reserve 95% of the total land area for nature by building a modular city that is interconnected in a way to make everything at a walkable distance. There will be open spaces suspended at multiple levels which will provide unblocked natural scenery.

No cars, roads, or emissions. By eliminating the need for car travel within the city, The Line will provide a zero-carbon environment to inhabitants. Instead, a public, end-to-end travel system will be installed which will reduce travel time to 20 minutes approximately. 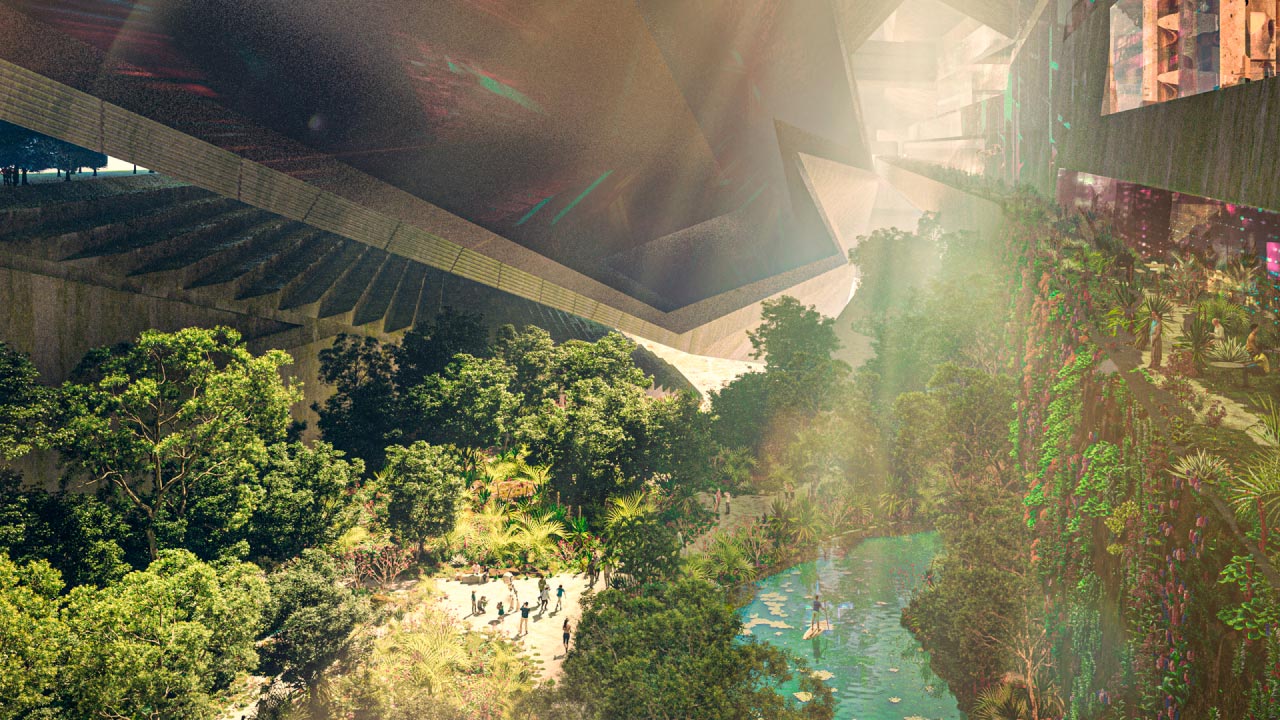 The Line megacity will have accessible nature retreats for inhabitants: Credit: NEOM

By making everything accessible via walking and fast public transport, The Line aims to increase the time inhabitants can spend with loved ones and family.

The Line project aims to incorporate artificial intelligence to automate amenities etc. within the megacity. The project will also utilize renewable energy sources such as solar, wind, and hydropower to make the mirrored city 100% energy efficient.

Will Neom The Line Project Succeed?

While the Neom project has been designed to create 380,000 jobs and contribute $42 Billion to Saudi Arabia’s GDP, there are several criticisms about the viability of the project that remain to be addressed. Several field experts have raised concerns regarding the practicality, quality of life, and actual carbon footprint of the city. There is also concern that the data collection and processing schematics utilized within the city are comparable to public surveillance. The Line may be an ode to human mastery of the environment but the use of mirrors and steel for construction is not exactly appropriate for the desert climate. Buildings utilizing such material usually require huge HVAC systems to keep them cool during intense heat. In addition, much of the technology being proposed for the construction and maintenance of The Line is still in its infancy. Since the project relies heavily on modern technology, it remains to be seen what safeguards will be put into place in case of malfunctions.

Regardless of the criticisms, the idea behind The Line is rooted in sustainable, self-sufficient infrastructure. In fact, the research being conducted for solar water-desalination technology, which is to be incorporated into the project, will greatly benefit the entire region. Construction at this scale will provide an opportunity for 50% of their under-25 population to become self-sufficient instead of relying on oil export. While The Line may give off a dystopian sci-fi feel, the success of such a project will have huge implications for the future of urban planning.