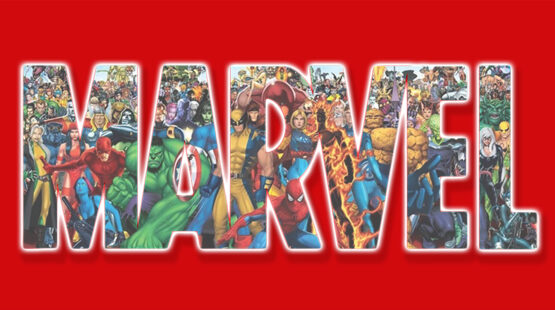 Who says being a superhero, or a supervillain is cheap? Building super suits, gadgets, time and space-warping technologies and secret bases requires some serious money.

Yes, the escapades of a street-level, visually impaired ‘devil of hell’s kitchen’ might not require much more than an attorney’s salary to bash in heads and get stitched up. A ‘friendly neighborhood’ college student juggling academics, his troubled love life, and crimefighting may also not need tremendous amounts of money. However, there are numerous others who are among the top echelons in terms of wealth.

Most of Marvel’s richest comic book characters were born from the creative mind of the late Stan Lee. Let’s take a look at the top 10 wealthiest individuals within Marvel comics.

In Jason Aaron’s et al run of Avengers Forever, Robbie Reyes’ All-rider faces off against the Masters of Evil, put together by Mephisto and Doom Supreme. The latter handpicked his crew across the multiverse to destroy avengers in each of the realities. 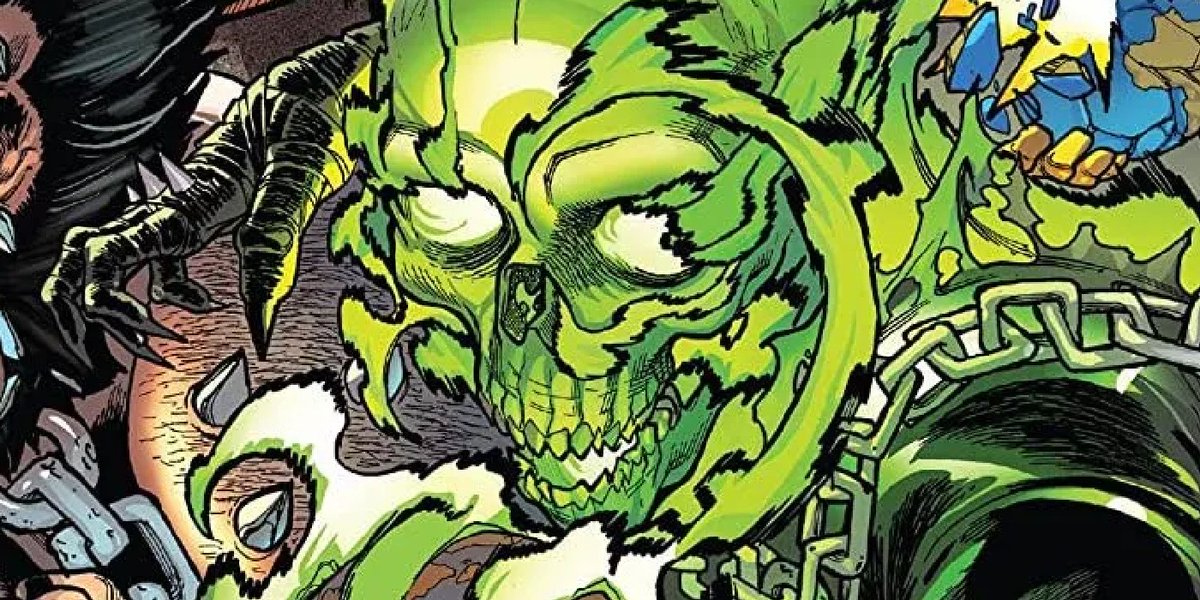 One of the most formidable members of this malevolent merger, who also funds the plan to annihilate the avengers, is the Ghost Goblin, Norman Osbourne. Possessing the power of the ghost rider, he claims to be the richest man in the multiverse. With Elder Gods on his payroll, he has been bestowed with the infernal power to murder other ghost riders.

Having an inexhaustible supply of resources to hire elder gods and other despicable individuals across the multiverse is no small feat and definitely unquantifiable in earthly terms.

The King of Wakanda is the leader of one of the most technologically advanced nations within the pages of Marvel comics. Thanks to the alien, isotope-infused comet that landed in the country, The Black Panther has a net worth of around $90 trillion. 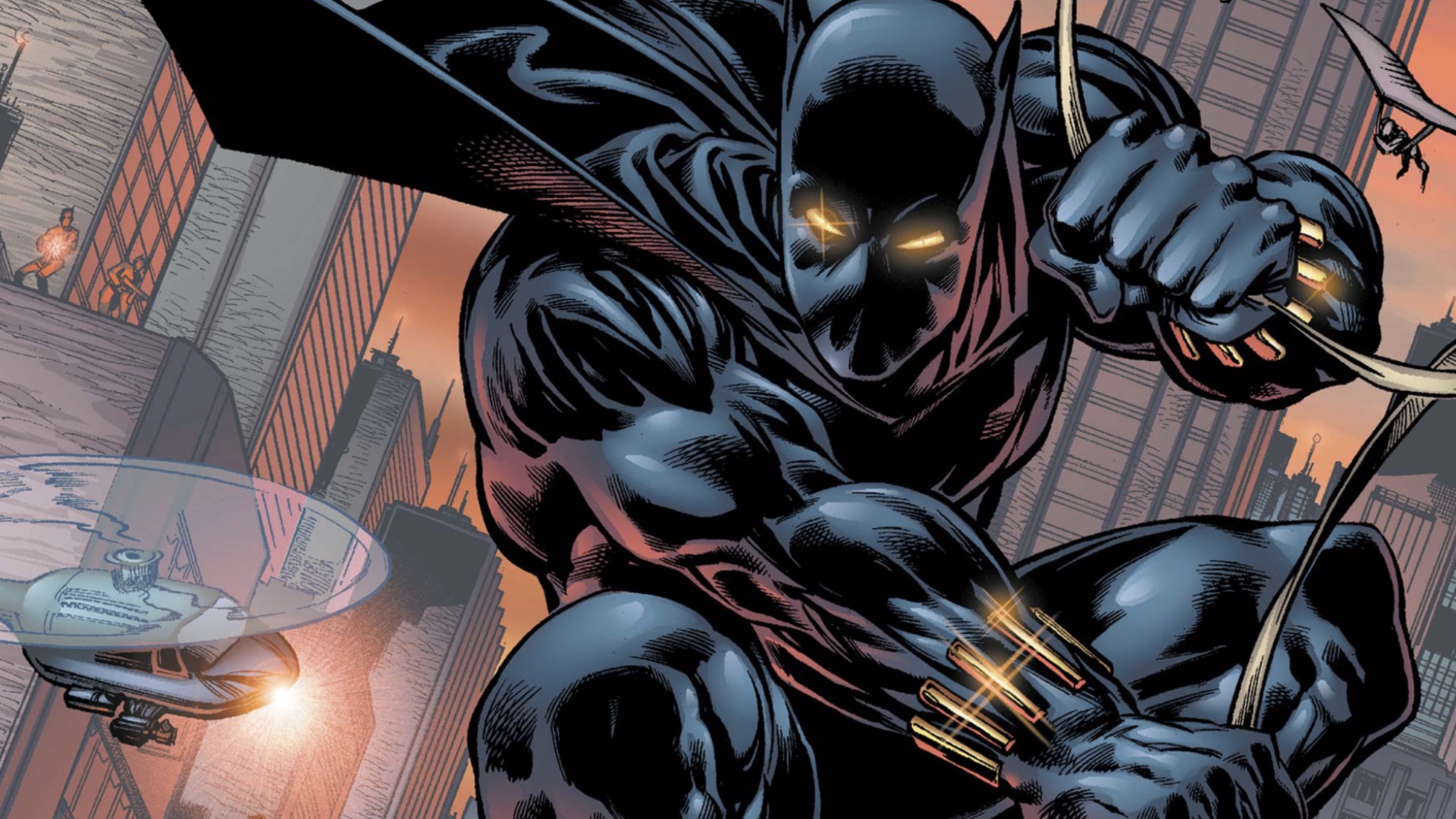 T’challa also has substantial investments around the world. With total authority over one of the rarest elements on the planet, he is easily one of the richest marvel characters.

The silent ruler of Attilan and member of the genetically modified superhuman species called the Inhumans, Black Bolt holds the devastating power of manipulating electrons through his speech.  His power is known to level entire cities with just a whisper.

Black bolt has royal blood in his veins and commands authority over the copious amounts of the exceedingly rare Terrigan crystals. The crystals possess the mutagens that give Inhumans their power. Combined with the knowledge of Kree technology, the blue-blooded powerhouse has surmounted great wealth. Current estimates put Black Bolt’s net worth at around $300 billion.

How much sunken wealth do the oceans of the world hold? Who better to know than one who rules all of them from his throne in the ancient kingdom of Atlantis? 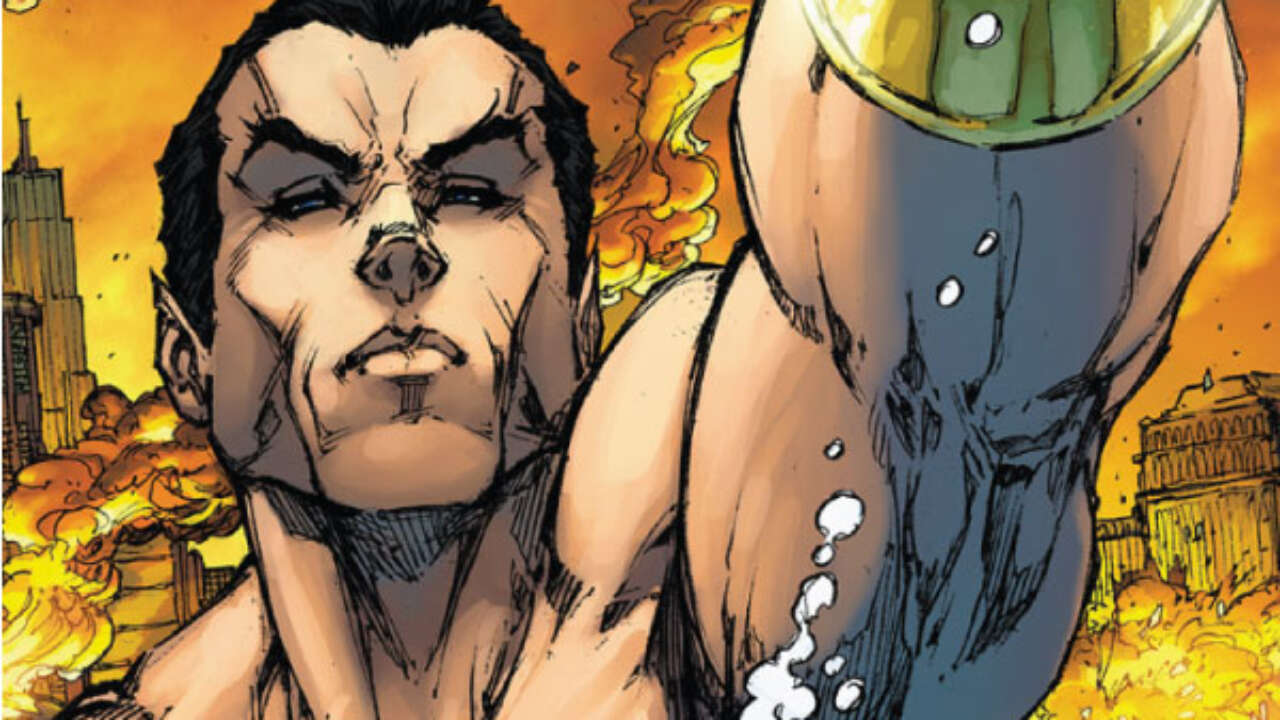 King Namor, an Atlantean-human hybrid, is the undisputed king of the oceans and everything within it. He is the financier for Oracle, Inc., a multi-corporation devoted to the protection of the environment of the planet including its oceans. A 100 Greta Thunberg points!

Everything within the vast expanse of the high-pressured depth of the ocean belongs to him including treasures sunk deep, natural resources, and food supply. The riches of his combined dominion put The Submariner’s net worth at around $260 – $300 billion.

We thought the leader of the X-men would be the richest mutant out there, but the Afro-Brazilian new mutant, Sunspot takes the lead. Emmanuel Da Costa, an extremely wealthy and influential member of the Hellfire’ club, left his son a bewildering inheritance and the position of CEO of Da Costa International. 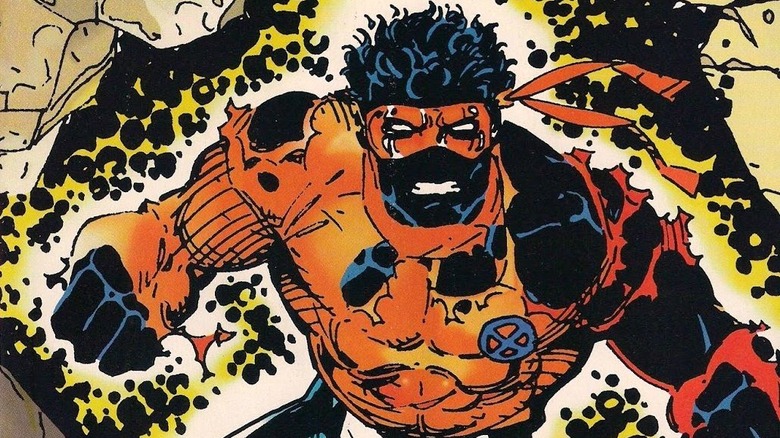 Having the power to store solar energy in his body to amplify his physical strength, and produce thermal blasts and immense light, the multi-billionaire is financially endowed. With the amount of wealth at his disposal, Sunspot can buy out enemies instead of fighting them. For instance, when threatened by A.I.M, he simply bought it, making it an Avengers subsidiary wing. He has also helped his fellow new mutants by funding a legal solicitation for them in outer space.

The latest reported net worth of the solar-powered Sunspot is greater than $100 – $125 billion.

One of the most powerful Mutant telepaths and psychic, Charles Xavier, dubbed Professor X, is the founder of the X-men. Aspiring for harmony among humans and mutant kind, he has devoted all his inherited and self-created wealth to bridging the gap.

Not only does he fund the X-men, but he also founded the school for gifted mutants and turned his family’s mansion and grounds into school and training facilities. Equipped with expensive equipment, his facilities houses many mutants while simultaneously funding groundbreaking inventions such as the Cerebro.

Professor X’s achievements within the field of genetics and psychology, astute investments, and inheritance have been appraised at around $100 billion.

The iconic Red and Gold Iron-clad hero is usually seen as the epitome of rich and spoiled. Apart from being a playboy uber-magnate, Tony Stark is one of the founding, and primary funding, members of the Avengers. He is also a genius extraordinaire, and a tried and tested hero. 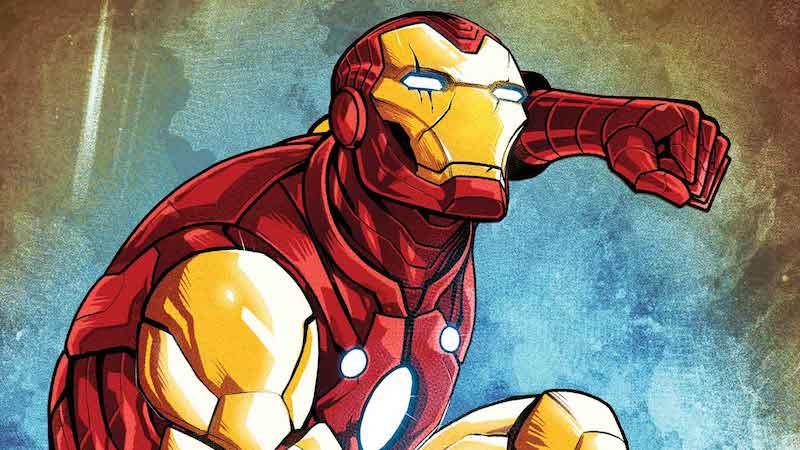 Tony stark inherited his parent’s immense wealth after their demise in a car accident, becoming the CEO of Stark Industries. Under his leadership, adept intellect, and skill, Star Industries expanded to greater horizons. He designed the munitions and tech used by S.H.I.E.L.D, the Stark tower that houses the Avengers’ HQ, and the War-machine suit for his friend Lt. Col James Rhodes of the USAF.

When he is taking a break from fighting terrestrial and cosmic threats as Ironman, the industrious tech mogul is making breakthroughs in scientific inventions and discoveries. Through his genius, Ironman has pushed his bank balance to a whopping $80-$100 billion.

Dr. Doom was born to a Romani clan witch and a medicine man, who were killed by their power lusting King and ploys of Mephisto. He sought revenge, leaving his country of Latveria for the United States.

Surviving an experiment gone awry that destroyed his face, Doom built himself an armor with the help of a secret monk tribe. The monks mentored him in both science and magic and helped him usurp the Latverian throne. As the supreme leader of the kingdom of Latveria, Dr. Doom employs his vast resources and tactical prowess to exact his revenge upon his arch-nemesis, Dr. Reed Richards, and the fantastic four.

The intelligence in harnessing both technology and the mystic arts and his monarchy have pushed this villain to the top. Dr. Doom has an estimated net worth of $35 billion.

Coming from poverty and a neglectful childhood, Fisk quickly developed the desire for power and quickly rose within the ranks of the treacherous Underworld. By making links with corrupt politicians and manipulating crime families, he eventually became the biggest crime boss in New York.

Kingpin also became an aficionado of art and luxury, investing in tese spheres. By growing both his illicit and legitimate business empire, Kingpin boasts a net worth of $30 billion.

Arguably the smartest polymath on earth, Reed Richards was born into affluence. However, he focuses passionately on the advancement of science. 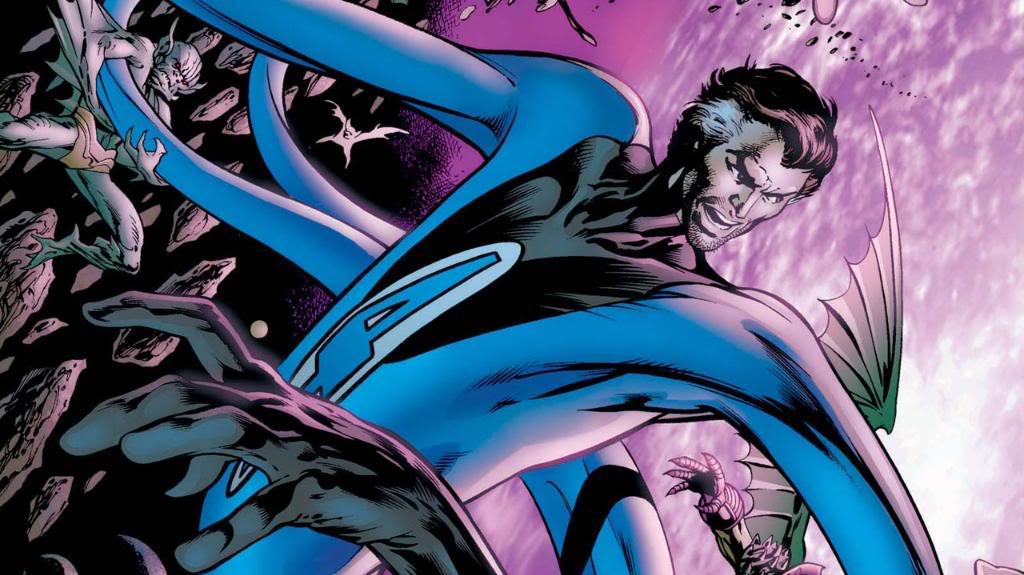 After a multitude of doctorates and an ambition to travel to the stars, Reed and his friends were bombarded with cosmic rays during a mission into space. This led them to acquire their unique abilities and form the Fantastic Four.

Alongside his highly coveted patents and inventions, Richards aka Mr. Fantastic also funds the Fantastic Four. His research into unstable molecules, secrets of the cosmos, and ownership of the Baxter building brings him possession of tremendous wealth. Mr. Fantastic’s net worth is believed to be somewhere between $12-$20 billion. 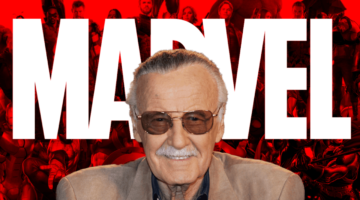 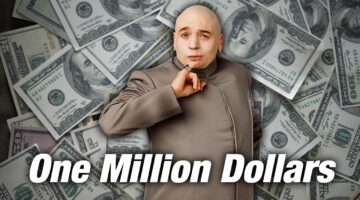 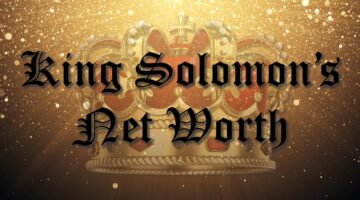