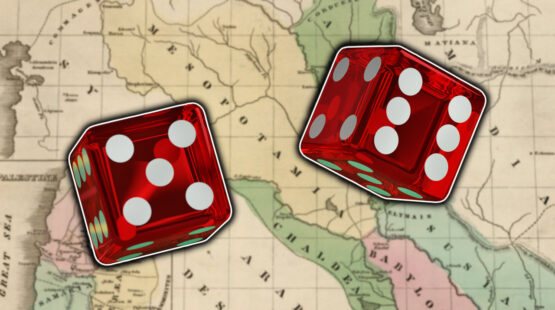 Gambling and games of chance have been around since pre-recorded history. Risk is something that everyone will encounter at one time or another over their lifespans, as there is usually an element of chance in every decision we make in life. Gambling simply isolates the risk-taking process and turns it into a potentially lucrative pastime.

With a thriving international gambling industry at present, few people realize the journey games of chance have taken over the millennia. It’s been a 5,000+ year divide between the earliest inventions of the dice to the latest Vegas online casino games. Much politics and scandal have gone into the evolution of gaming over the eons, but the industry has certainly morphed from a somewhat taboo pastime into a recognized commercial industry with a huge growth rate. The market’s expansion has been especially notable over the last 100 years.

Interesting Facts about Games of Chance and Gambling in History

Studies show that those with strong religious beliefs may be more prone to gambling and developing gambling fallacies.  Those who believe in a higher power and the influence of supernatural powers on the earth or more likely to think that chance-based outcomes are influenced by said powers. In fact, it’s believed by some historians, that the very origin of gambling was divinatory. It has been well documented that certain cultures have turned to the casting of sticks and lots as indicators to foretell the future.

2. A measure of justice

It was not uncommon for cultures to use the casting of dice to dispense justice in the courtroom. This literally put the fate of one’s life in the hands of a game of chance. The latest evidence of this was observed in Sweden in 1803.

3. A gateway for slave-like punishment

Games of chance and gambling had become such a problem in Ancient Egypt, that regulations were put in place to punish those who practiced the pastime. Perpetrators were sent to the quarries for forced labor. This was among one of the worst penalties for any crime at the time.

4. Entertainment to topple all others

Studies have revealed that gambling was considered one of the most entertaining pastimes in the United States in 2006. Revenues by gamblers that year yielded a spend of $57 billion, whereas movie ticket sales totaled a mere $20 billion. It even superseded the revenues churned by McDonalds, Burger King, Wendy’s, and Starbucks combined, which totaled in at $28 billion collectively.

Games of Chance: The Genesis

It is believed that gambling and chance-taking have been around since the beginning of mankind. However, the first traces of gambling implements, like dice, can be dated back to 3,000 BC, to the time of the ancient Mesopotamian civilization.

The Evolution of Gambling Through the Ages

Games of chance and other skill-based gambling games have evolved massively over the millennia. Each era of civilization added another slant to the age-old practice. And that evolution has not ended today either. In the last 3 decades, we have seen a massive shift in gaming and expect to see it continue to morph into the not-too-distant future.

Here is how gambling has morphed since the earliest of times:

The fact that there are recorded punishments for Egyptians who gambled too much, proves that gambling was around in ancient times. In fact, archaeologists have found several artifacts that point back to the possibility of gambling along the Nile-based country dating back to 2,630 BC. One such game seemed to have involved the throwing of coins. It is assumed that players would bet on whether an odd or even number of coins would land. Further artifacts found resemble modern-day backgammon. It was not uncommon for Egyptians to bet on board games, so this may be further proof of chance-based games in early history.

Implements known as Astragali (Astragale) seem to stretch back to 500BC and were found prominently near the altar of Aphrodite in Athens. Dice-type objects were carved from the knucklebone of livestock and used in a practice called Astragalomancy, which is a form of divination. This is closely related to African tribal traditions conducted by witch doctors that have been around for thousands of years, too. In both cultures, the gamble of the bones would be used to foretell fate. 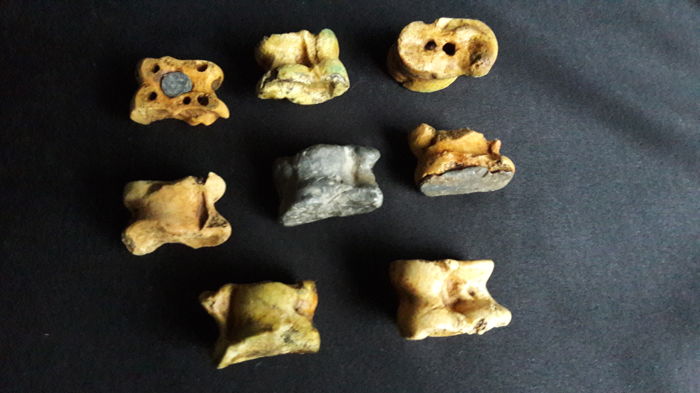 The ancient Chinese culture also has a part to play in the evolution of gambling. It is recorded that dynasties as far back as 200 BC used games of chance to raise money to build infrastructure. This is where Keno was birthed. Players would buy tickets and choose numbers. These numbers would be compared to a number draw, and prizes would be distributed based on the accuracy of the number matches. It is said that the construction of the Great Wall of China was funded in this manner.

The Roman Empire was at the height of its reign from 27 BC to about 470 AD. There is a historical narrative found in the New Testament of the Holy Bible that refers to the practices of gambling during Christ’s lifetime. In fact, once Christ had been crucified, the bible mentions that the Roman soldiers cast lots (dice variation) for his clothes. These passages can be found in Matthew 7:35–36, Mark 15:24, Luke 23:34, and John 19:23–24. 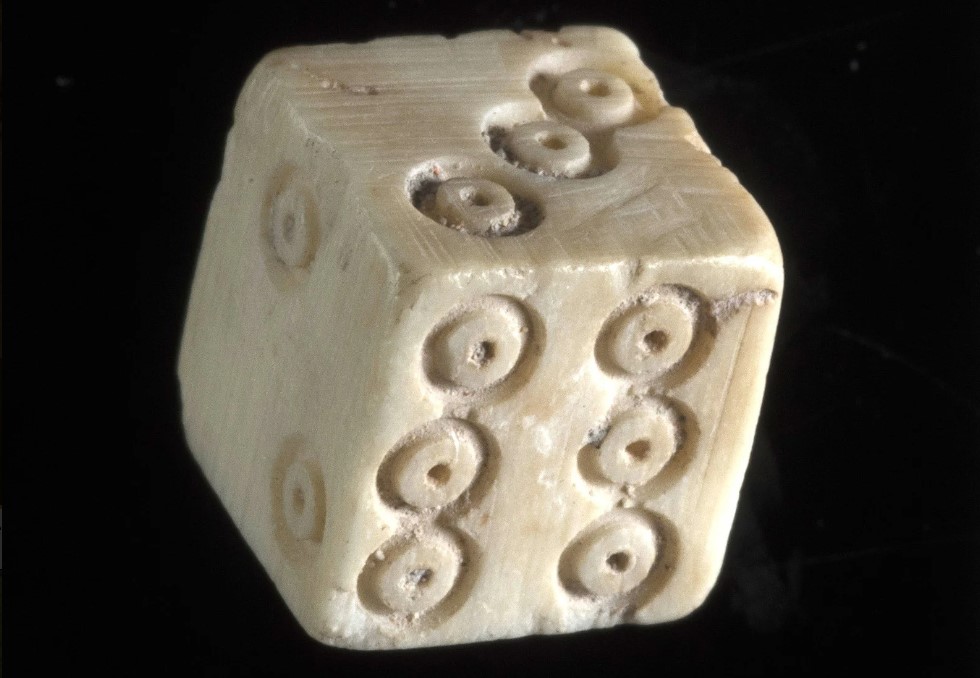 But, even before Christ, biblical texts show the practice of casting lots as a way of discerning the will of the gods. In the book of Jonah 1:7, sailors stuck in a storm, cast lots to discern which sailor’s gods were responsible for the storm. These lots/dice were carved from the bone of animals, or from ivory. While there were numerous forms of die available back then, we come to recognize the modern six-sided die take form towards the end of this era.

Chance-based games and gambling in the Middle Ages set the president for the future. While dice games were still prevalent, it is during this period that gaming cards were developed and used more widely. In fact, there is a good chance that the variety of games played at gaming parlors in medieval times trumped the number of games found at contemporary casinos.

The laws during this era were a mixed bag. While Italy and Germany legalized gambling, France and England were more conservative. King Louis IX of France actually banned the pastime altogether. During the Crusades, Christian laws governed heavily. Only nobles were allowed to play games of chance. During this time, commoners caught gambling would suffer severe punishment.

Some of the well-documented game options included chance-based games like Thimble Rig and Cross and Pile. The former is a game whereby players must guess under which thimble a pea is hidden. The latter is an era-specific game that plays out similarly to heads or tails. The result was based on a literal coin flip. Prominent dice games of the era included Hazard, Passe Dix, and House of Luck. 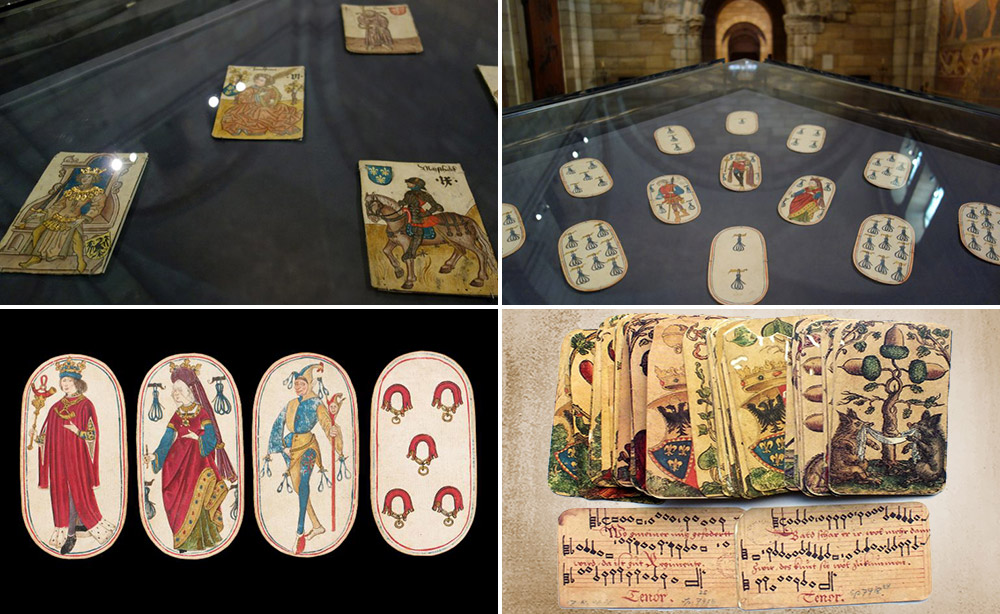 With the invention of playing cards by the Chinese in the 9th Century, came the introduction of gamble-worthy card game options. However, many of the Chinese game options are lost on us today. Some of the more prevalent ones that we know about from this era include games like Karnöffel, Bete, and Triomphe. There is quite a record of these games being played, to the degree that many of the rules are still well documented.

The cards differed from the packs you find today though, while the basic idea was the same. Each card had a rank and was divided into suits. Of course, most were handed painted and very ornately designed.

There is probably no other era that has been as responsible for the spread of games of chance as the colonial era. The mid-1800s to mid-1900s saw European nations like Spain, England, France, The Netherlands, and Italy sail the globe in search of new lands and trade routes.

New colonies were founded in the Americas, Australia, New Zealand, and Africa. Many colonials found that tribes had their own established games of chance established before Western influence. However, prominent games like Keno, Baccarat, poker, blackjack, and others were shipped across with settlers. Very soon, many natives were influenced by the new game options.

Just after the end of the colonial era, in 1897, the very first chance-based game machine was created by Charles Fey. The Liberty Bell was a slot machine that ran on a mechanical gear system. It is the forefather of the flashy video slots casino goers enjoy today and was certainly one of the most influential pioneering inventions involved in the evolution from classic game parlors to flashy modern casinos. 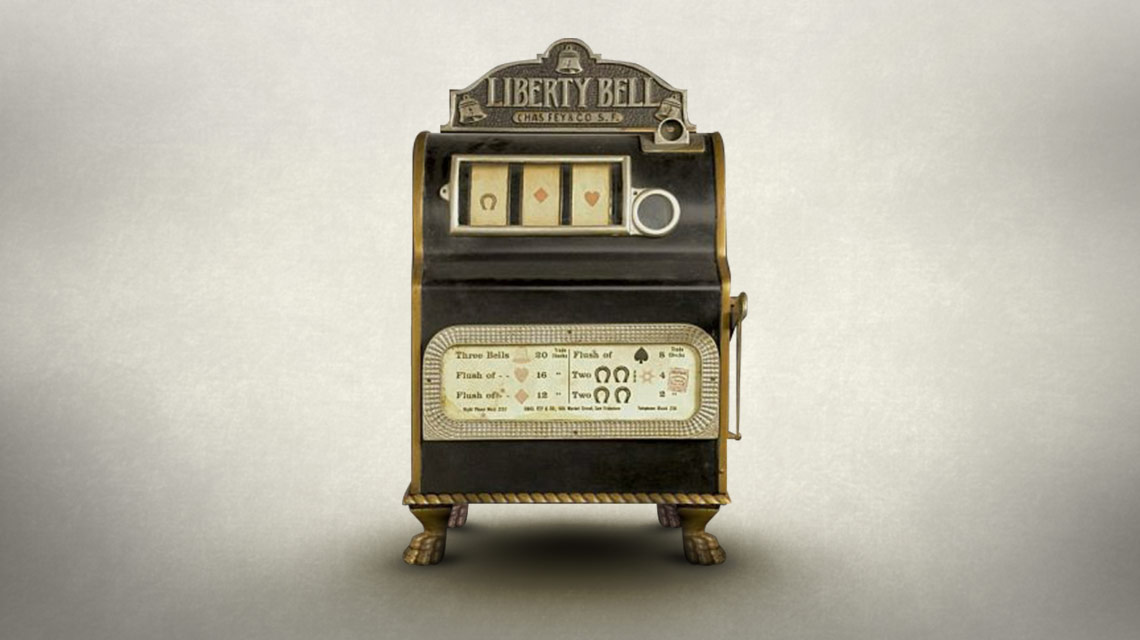 The early 1900s became known as the prohibition era. The government had had enough of crime, corruption, drunkenness, and gambling in the US. The laws during this period were heavy-handed and prevented card parlors and makeshift casinos from operating freely in America. But this stiff conservative view was not only restricted to the States. It managed to catch on across various parts of the world, too.

Finally, when prohibition ended, gambling became more liberated. This led to the legalization of horserace betting and the lottery. In fact, the state realized that it could follow the ancient Chinese method of using lottery ticket sales to help boost the infrastructure of the country.

Finally, casino gambling become regulated and chance-based gambling machines were added in the late 1970s. In the US, compacts with Indian tribes were formed to allow them to start tribal casinos and bingo rooms on their lands to re-establish wealth among the tribes. These continue to this day. 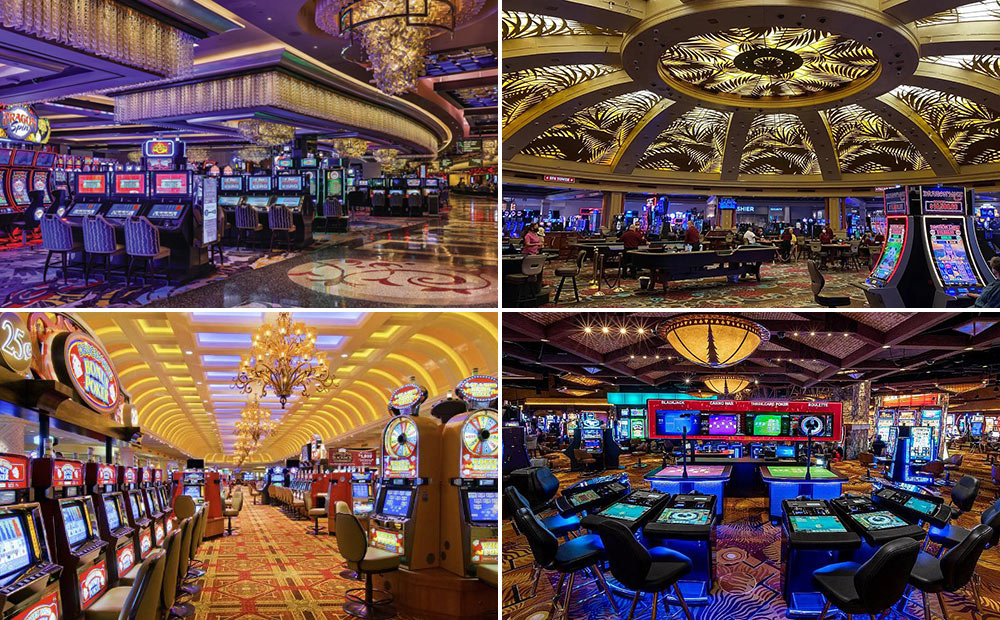 Elsewhere, in places like Las Vegas, organized crime grabbed a foothold in the industry. However, the 1980s and 1990s saw a strong move to heavily regulate the gaming market and drive money laundering and general crime from the casinos.

The early 1990s to early 2000s was a defining era for online gambling. Games of chance became available to everyone with access to the web. Nowadays, the online gambling industry is worth multiple billions every year and is rather prevalent across Europe and North America.

Online casinos eventually morphed into mobile casinos, where players could enjoy games of chance like slots, keno, virtual scratch cards, and more on their mobile phones. Of course, skill-based games like Blackjack and poker are also widely loved by remote gamers. 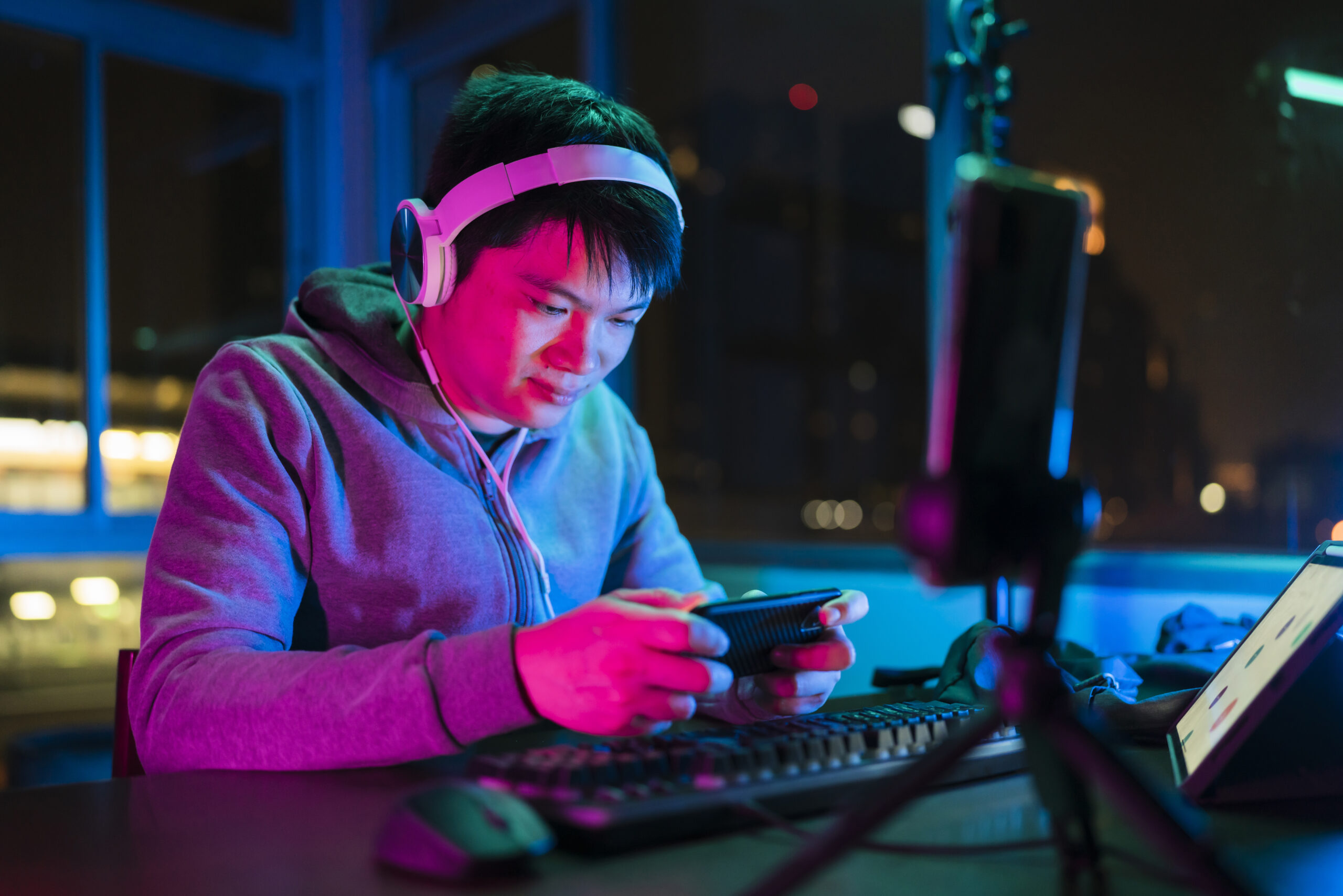 Online Gaming on PC and Mobile

Today, gambling is seen as an industry. It touches all avenues of business, including online marketing, SEO, content creation, and more. It is also rigorously regulated, which has made the industry far more mindful of players and the hazards of gambling. In fact, most regulatory authorities push hard for responsible gambling protocols to be implemented by operators.

The most popular game of chance today is online slot games. These arcade-type titles provide players with easy-to-play options with interesting and attractive bonus features. They far outweigh the number of card-based games found at both online and land-based casinos. It’s amazing what advances in technology have done for the market and will continue to do into the future. 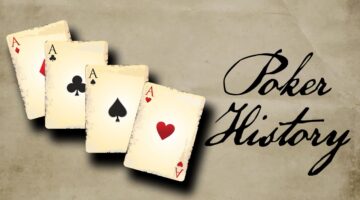 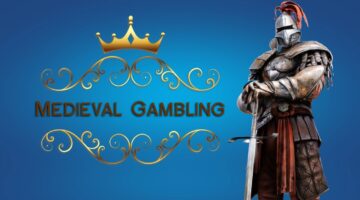 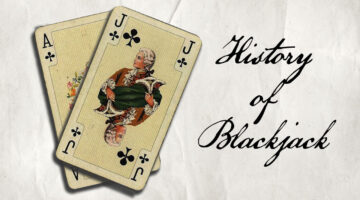